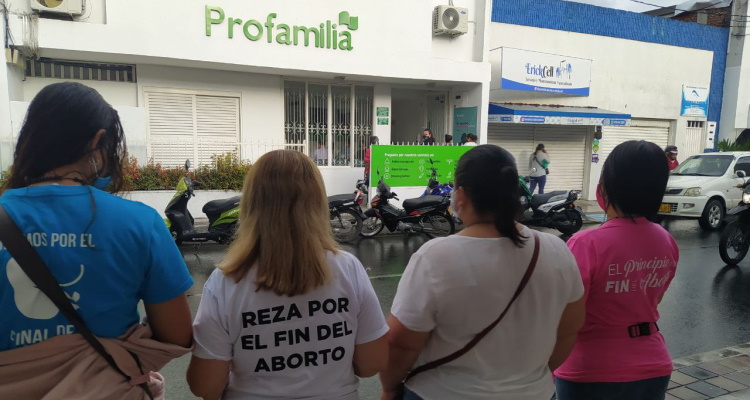 Praise God for record-setting numbers of saved babies reported. Today, we know of 366 babies saved from abortion through your prayers since September 22!

A dramatic scene unfolded before 40 Days for Life participants in Hollywood, Florida. A half hour after an Uber brought a couple to their abortion appointment, the woman’s mother showed up.

“I’m here to stop my daughter from doing this,” she said.

As the woman went inside to try to save her grandchild, vigil participants stepped up their prayers.

“We were witnessing a battle between Heaven and hell,” said Nancy, the Hollywood leader.

“How many babies have been saved?” asked the baby’s grandmother.

“As of yesterday, there were 229,” Nancy answered.

An expectant mother from out of town visited Tuluá for a late-term abortion.

She faced financial difficulties and had experienced a traumatic delivery of her first child.

Volunteers accompanied the mother to a local pregnancy help center, which provided her with answers–and an ultrasound that showed she is carrying a girl!

“She saw a fetal model of five months of gestation, and her face began to change,” reported Director of Latin American Campaigns Lourdes Varela. “She chose LIFE! The grandmother was happy.” 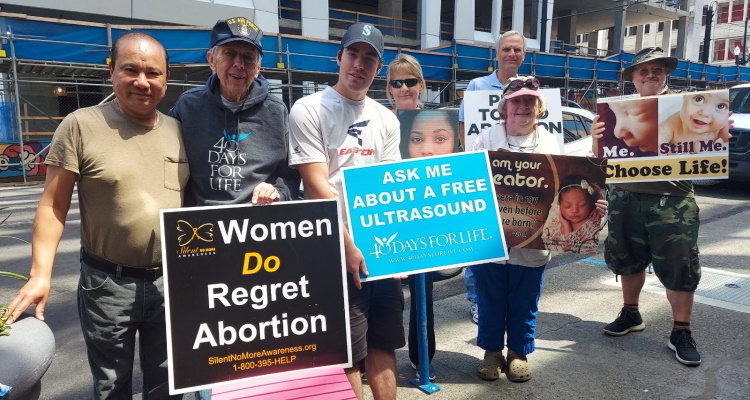 The 40 Days for Life team in Portland prays in front of an abortion business named after a demon.

But amidst the spiritual warfare, God is winning.

Vigil participants had asked God to show them a saved baby. That same day, a couple entered the abortion facility–and five minutes later walked right back out.

“We aren’t going through with it,” the man said. “You guys made the difference!”