Glenn Youngkin has his first lead in the Virginia governor’s race. A new poll shows the pro-life candidate ahead of pro-abortion Democrat Terry McAuliffe, who once held a massive lead in the marquee off-year election battle.

In the latest Trafalgar Group survey of 1,095 likely election voters, Youngkin is in the lead by a small margin for the first time, 48.4% to 47.5%.

While well within the poll’s 2.96 percentage point margin of error, it is the latest sign that the deflated McAuliffe campaign is sinking fast, threatening his chance at history by becoming a rare former governor elected again in the state that bars back-to-back terms in the office.

McAuliffe has admitted that Biden’s troubles are a hurdle in his race. He once said he’d welcome Biden on the campaign trail every day, but now he’s reaching out instead to former President Barack Obama.

The new poll shows Virginia voters strongly disagree with McAuliffee for saying parents shouldn’t be telling schools what to teach. 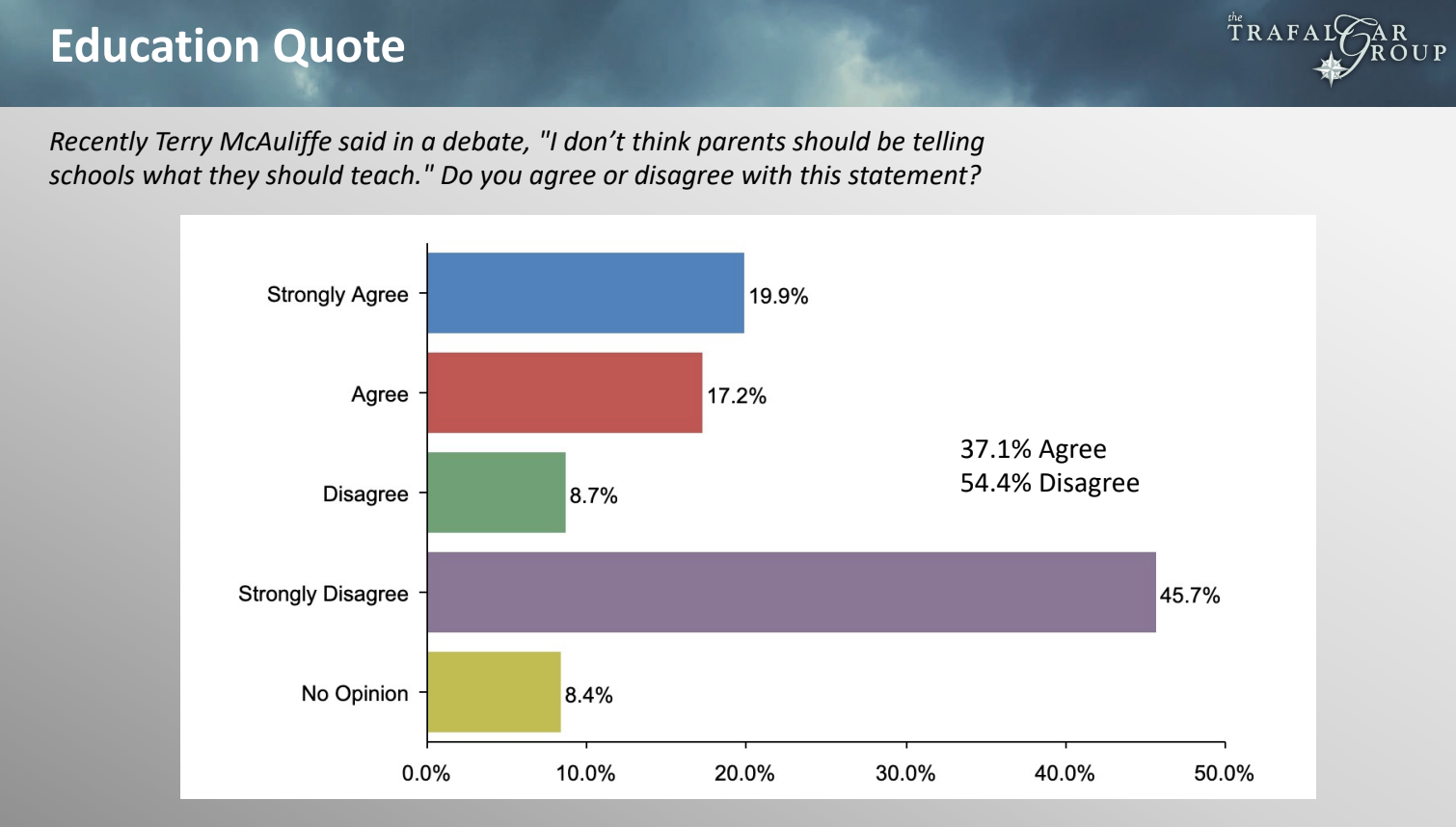 McAulliffe is a long-time abortion activist. On his web site, his section on “Protecting Women’s Rights and Ensuring Gender Equality” refers to how “Terry Will Always Be a Brick-Wall Against Attacks on Reproductive Health,” highlighting a focus on supporting abortion and abortion business Planned Parenthood.

Olivia Gans Turner, the head of the Virginia Society for Human Life, tells LifeNews the race is a stark contrast.

She said: “The choice in this election could not be more clear: Terry McAuliffe, who wants to be the “Abortion Governor”, Hala Ayala, and Mark Herring, who support adding a Right-to-Abortion Amendment to the Virginia Constitution versus Glenn Youngkin, Winsome Sears, Jason Miyares who all support pro-life protective laws.”

Democrat candidate for Governor, Terry McAuliffe wants to be the “Abortion Governor”.  He supports adding a Right-to-Abortion Amendment to the Virginia Constitution.  This Amendment would eliminate the parental consent law, legalize partial-birth abortions, and achieve Delegate Trans’ goal of eliminating any other restrictions on abortion right up until the moment of birth.

The Democrat candidates for House of Delegates are just as bad.  Most, if not all, have been endorsed by NARAL Virginia and other extreme pro-abortion groups.

We need your help today to defeat Terry McAuliffe, Hala Ayala, Mark Herring in the statewide races and return the House of Delegates to pro-life control.

If they win the consequences for the unborn will be severe.  Any and all restrictions on abortion will be eliminated with a Right-to-Abortion Amendment and taxpayer funding of abortion-on-demand will sky rocket the number of abortions in Virginia.