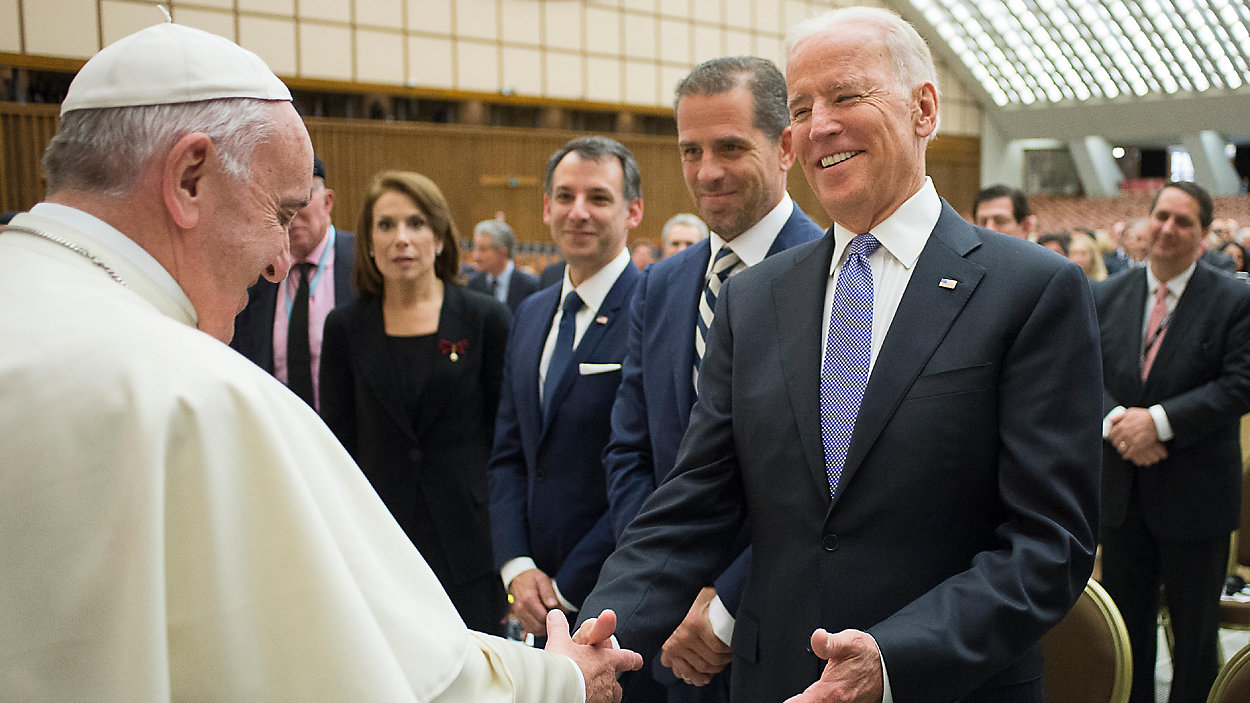 Joe Biden will have his first official meeting with Pope Francis this month. The Pope has recently called killing babies in aboritons “murder” and, since that is what abortion is, the head of the Catholic Church should rebuke Biden for aggressively promoting abortion despite declaring himself a “devout Catholic.”

Pope Francis will receive Joe Biden on October 29 in Biden’s first official visit to the Vatican since his inauguration:

The White House announced on Thursday that President Joe Biden and First Lady Dr. Jill Biden will have an audience with Pope Francis at the end of the month while overseas for the G20 Leaders’ Summit in Rome and the United Nations Climate Change Conference in Glasgow, Scotland.

The Bidens will travel to Rome for the G20 Leaders’ Summit on Oct. 30 and 31. The White House said they will provide updated information about the president’s individual meetings with leaders on the sidelines of the summit.

Before the G20 summit, the president and first lady will meet with His Holiness Pope Francis on Oct. 29.

“They will discuss working together on efforts grounded in respect for fundamental human dignity, including ending the COVID-19 pandemic, tackling the climate crisis, and caring for the poor,” White House press secretary Jen Psaki said in a statement.

The irony of course is that Joe Biden doesn’t care at all about the “human dignity” of people before birth. Unfortunately, it’s unlikely that Pope Francis will condemn Biden or rebuke him even though he is far afield from the pro-life teachings of the Catholic Church.

“There is the waste of children that we don’t want welcome,” he said. “It is really a murder.”

The pontiff also condemned abortion recently, saying that abortion kills babies whose lives begin at conception and must be respected.

Pope Francis said, “Abortion is more than an issue. Abortion is murder. Those who carry out abortions kill.”

Biden has compiled an extensive pro-abortion record — doing more than any other president ever to make abortions available up to birth and forcing American taxpayers to fund them. That has earned him a sharp rebuke from Catholic leaders here in the United States, and Pope Francis should follow their lead.

Quoting Ezekiel 33:8, the archbishop said Catholic leaders have a duty to call out wickedness or else be held responsible along with those who persist in sinning.

“I tremble that if I do not forthrightly challenge Catholics under my pastoral care who advocate for abortion, both they and I will have to answer to God for innocent blood,” Cordileone continued.

As such, Pope Francis should call out Biden for promoting abortion and tell him to get in line with the Catholic Church and its pro-life teachings.