On Tuesday night the Marianna City Council passed a resolution affirming that the city is Pro-Life. 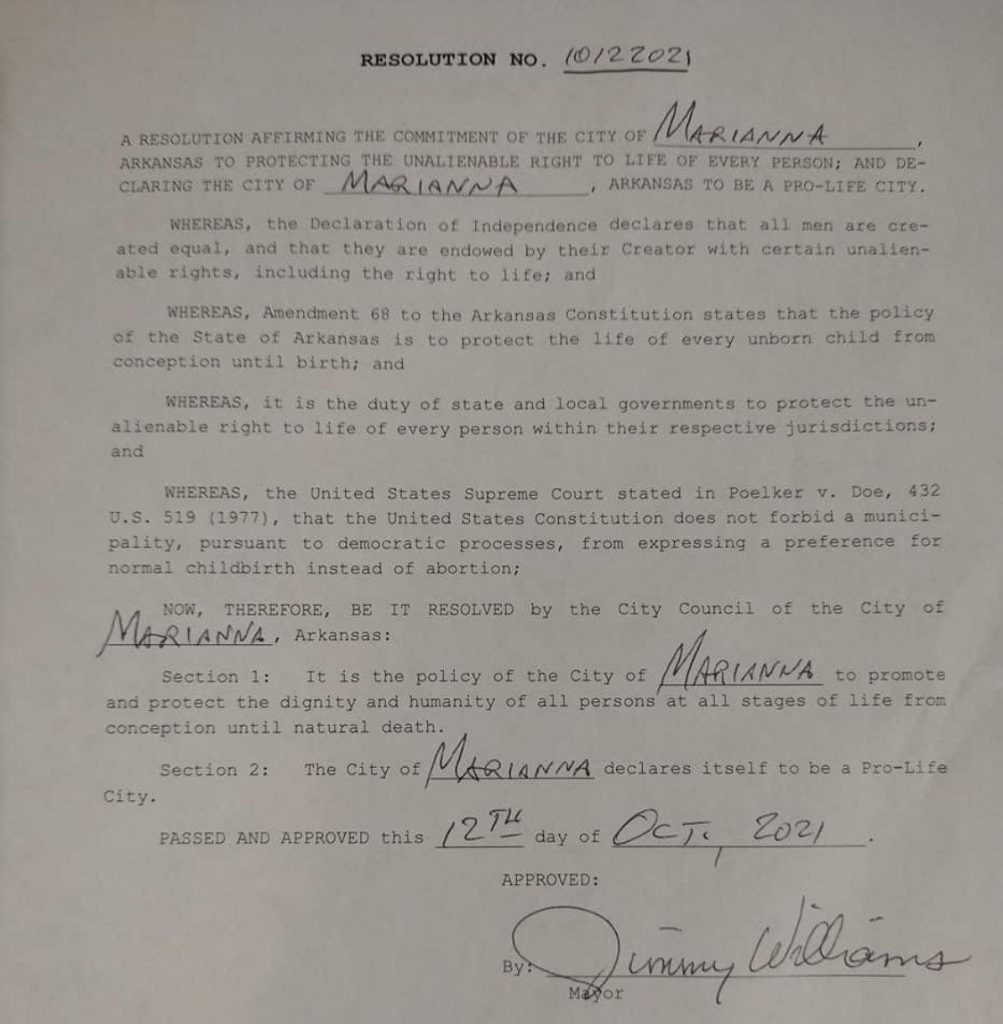 WHEREAS, the Declaration of Independence declares that all men are created equal, and that they are endowed by their Creator with certain unalienable rights, including the right to life; and

WHEREAS, Amendment 68 to the Arkansas Constitution states that the policy of the State of Arkansas is to protect the life of every unborn child from conception until birth; and

WHEREAS, it is the duty of state and local governments to protect the unalienable right to life of every person within their respective jurisdictions; and

WHEREAS, the United States Supreme Court stated in Poelker v. Doe, 432 U.S. 519 (1977), that the United States Constitution does not forbid a municipality, pursuant to democratic processes, from expressing a preference for normal childbirth instead of abortion;

NOW, THEREFORE, BE IT RESOLVED by the City Council of the City of Marianna, Arkansas:

Section 1: It is the policy of the City of Marianna to promote and protect the dignity and humanity of all persons at all stages of life from conception until natural death.

Section 2: The City of Marianna declares itself to be a Pro-Life City.

Act 392 of 2021 affirms that municipalities in Arkansas can designate themselves as Pro-Life.

In fact, any city, town, or county in Arkansas can pass a pro-life resolution like the ones that these communities have passed.

Public opinion polling shows Arkansans are overwhelmingly pro-life. We hope other communities will pass their own pro-life resolutions — just like the City of Marianna.