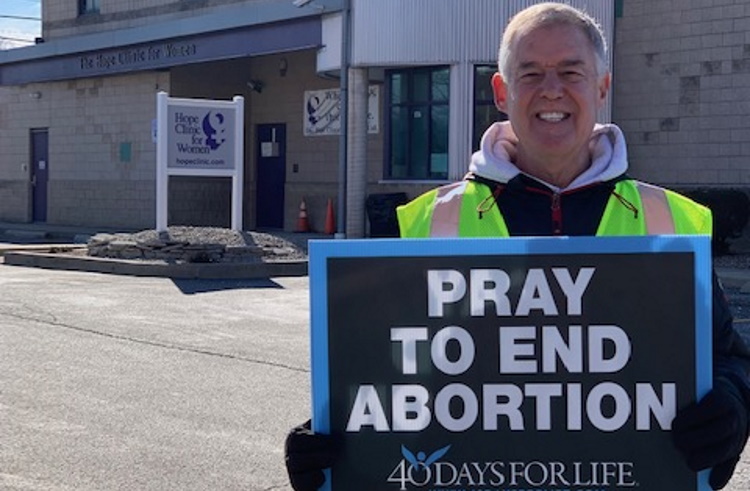 As we reach the midpoint of this fall’s 40 Days for Life campaign, the number of saved babies reported at the vigils is up 48% this year!

Your prayers have helped save 259 babies from abortion so far.

A man exiting Planned Parenthood’s parking lot beckoned Judy over to talk. Gesturing toward a young woman in the car with him, he said, “When she saw you all there, she couldn’t go through with it. You people out here DO make a difference.”

Judy told the young woman she was making the right decision and promised to pray. She also invited the expectant mother to check out the pregnancy help center across the street from Planned Parenthood.

The man said they would visit the pregnancy center soon, thanked Judy, and left!

“Please pray that she gets the help she needs,” Judy requested.

Jerry in Granite City, Illinois is making extraordinary sacrifices to end abortion in his community.

Over the last few years of 40 Days for Life vigils, Jerry has become a fixture in front of Granite City’s notorious late-term abortion facility.

“He has a presence on the sidewalk almost all of the hours that the abortion facility is open (six days a week),” wrote Joan from the local campaign team.

A married couple expecting their third child hesitated as they arrived at the abortion facility in Valladolid.

“They were at the door talking,” reported 40 Days for Life Director of Latin American Campaigns Lourdes Varela. “They asked the volunteers what they were doing.”

The question turned the tide as the couple chose life!