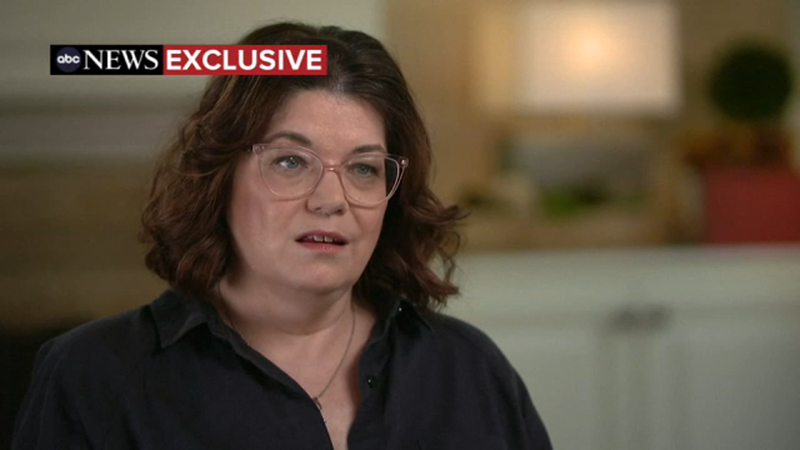 For Shelley Lynn Thornton, the issue is especially painful because she was the baby who was supposed to be aborted. The “Baby Roe” of Roe v. Wade.

Thornton recently revealed her connection to the infamous Supreme Court ruling in an interview with The Atlantic. On Monday, she gave her first TV interview to ABC News, sharing about her adopted parents, her birth mother Norma McCorvey (the “Jane Roe” of Roe v. Wade) and her struggles since learning about her past.

Thornton said it took her a long time to accept that her connection to the abortion debate and her biological mother’s choices are not her fault.

“I had nothing to do with it,” she said. “I was just a little itty-bitty thing and, you know, circumstances prevailed.”

But it is clear that Thornton still is hurting, and even now she struggles to forgive her biological mother, according to the interview.

Norma McCorvey never had an abortion. She was pregnant with Shelley when two pro-abortion lawyers persuaded her to participate in the Roe v. Wade case. McCorvey could not abort her unborn daughter because abortions were illegal in Texas at the time, so she made an adoption plan for her instead.

Shelley was 2 ½ years old, living a happy childhood with her adoptive parents, when the Supreme Court ruled on the case. The ruling forced states to legalize abortion on demand and led to about 63 million abortions to-date.

McCorvey lived a troubled life, but she eventually came to regret her participation in Roe v. Wade. She even asked the Supreme Court to reverse the ruling that bears her name, but the court refused. She died in 2017.

Thornton, one of McCorvey’s three daughters, all of whom were adopted, never met her biological mother in person. For the first 19 years of her life, she did not know anything about her birth mother or her connection to Roe v. Wade, she told ABC News.

At age 19, she said the National Enquirer tracked her down and asked to meet her to talk about her birth mother; however, the journalist did not reveal who they were. Thornton said she and her adoptive mother agreed, and it was during that meeting that she first learned that she was the “Roe baby.”

She said she did not even know what being “pro-choice or pro-life” meant at the time, and she and her adoptive mother left quickly, refusing to participate in any publicity. Away from the journalist, Thornton said she quickly broke down in tears.

“My whole thinking is that, ‘Oh God, everybody’s going to hate me because everyone’s going to blame me for abortion being legal,’” she remembered. “You know, it’s like ‘it’s all my fault,’ is pretty much what I was thinking. And that’s really hard to grasp when you’re in that kind of a situation and you’re just kind of like learning all of this stuff.”

Within the scope of her family, abortion was “a non-thing,” she said. Especially as someone who was adopted, she had grown up with the idea that “if a family member had a baby, they couldn’t take care of it then somebody else in the family took it and took care of it.”

Thornton eventually spoke to McCorvey, but they never met in person.

She told ABC News that it felt like McCorvey just wanted to use her for publicity. Thornton said it also troubled her that her biological mother had told the press two different things: that she felt guilty for making an adoption plan and that she wished she had had the abortion.

To this day, Thornton still is wary of being used. She said she has decided to keep her opinions about abortion to herself because she doesn’t want either side of the abortion debate to use her.

Her story is an important reminder that abortion hurts so many people, including children who were aborted and others who could have been. Human beings are not just things to be used or discarded, they are valuable people from the moment of conception who deserve to be valued and protected.