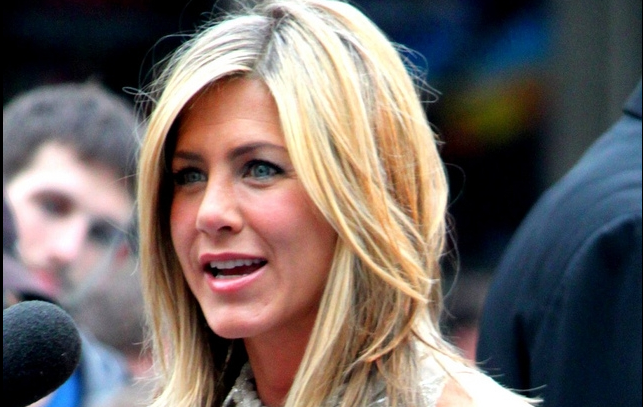 Actress Jennifer Aniston expressed her support for the killing of unborn babies in abortions over the weekend, posting “No uterus, no opinion” and other pro-abortion content on her Instagram account.

Her Instagram story posts coincided with the Women’s March protests on Saturday. The march adopted a radical pro-abortion theme this year, “Rally for Abortion Justice,” to oppose pro-life laws that are saving thousands of babies’ lives.

Aniston shared several photos of pro-abortion protesters on her Instagram page Sunday, likely from the protest. Best known for her role on the sitcom “Friends,” she also posted a GIF from the show when her character told a male character, “No uterus, no opinion.” Above the short video, Aniston wrote, “I repeat … no uterus, no opinion.”

In another post, Aniston wrote, “Keep fighting,” above the image of a woman holding a sign that read, “Texas won’t make a 12 year old wear a mask to school BUT they will force her to have a baby.”

Other images that she shared included a sign that read, “Texas, where a virus has reproductive rights and a woman doesn’t” and an old woman holding another sign that read, “I cannot believe I still have to protest this s—”

Aniston is not as active in the pro-abortion movement as some celebrities, but she has supported abortion publicly in the past as well. In 2004, she and a long list of other actors and musicians added their names to a list supporting a pro-abortion march hosted by Planned Parenthood and NARAL.

Celebrity support for abortion is common, and many are joining radical pro-abortion groups to decry the Texas heartbeat law, which has saved as many as 3,000 babies’ lives so far.

Abortion activists also are worried about the U.S. Supreme Court, which plans to hear a major abortion case out of Mississippi in December. The case directly challenges the current abortion precedent, and pro-life advocates hope and abortion activists fear the court could overturn Roe and allow states to protect unborn babies again.

But abortion activists and their celebrity supporters are out of touch with the vast majority of Americans.