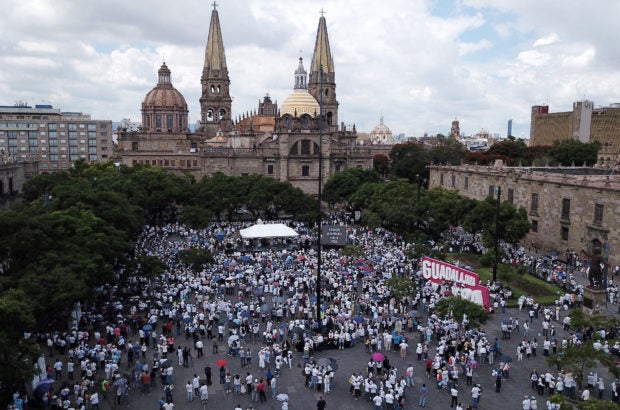 A massive rally, organized by the March for Women and Life, “which wound from the Paseo de la Reforma to a rally in front of Mexico City’s iconic Angel of Independence monument,” was held last weekend, a month after the Supreme Court of Justice decriminalized abortion in the state of Coahuila. Estimates were that similar marches were conducted in at least 50 other cities.

The ruling, stemming from a 2017 challenge, not only invalidated legislation criminalizing abortion in Coahuila, but, according to high court President Arturo Zaldivar, it establishes an “obligatory criterion” for all judges.

Response was quick. “Movements against abortion all around Mexico have declared themselves to be against the ruling and announced the march – and similar ones nationwide – on Sunday, calling for a “great national agreement” to protect “women and the lives of all Mexicans,” according to EFE news service. The manifesto promised

According to spokespeople for the march, they also rejected obligating doctors to participate in abortions and demanded that “the conscience and professional ethics of healthcare personnel” be respected.