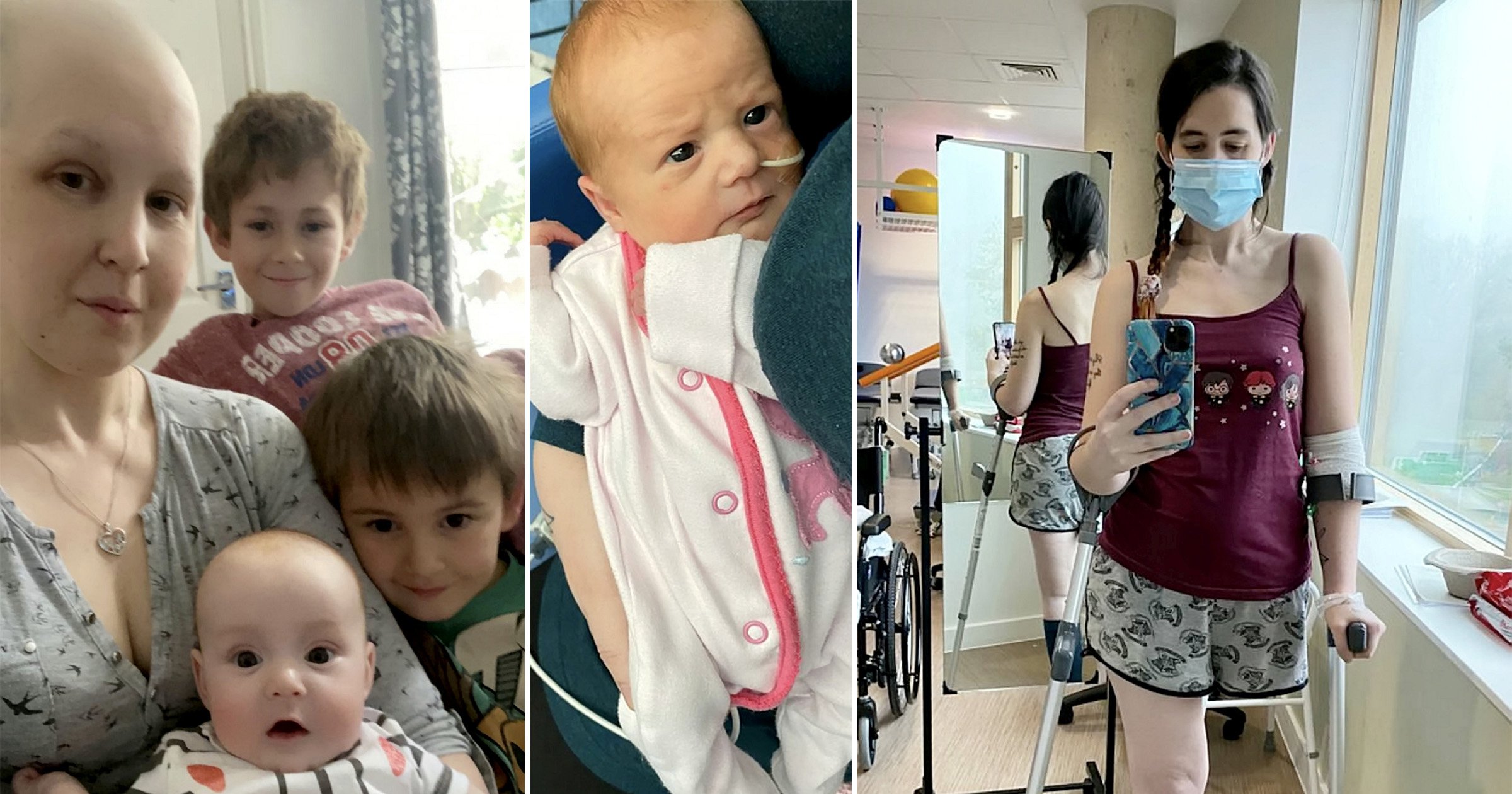 A brave young British mother with terminal cancer has no regrets about choosing to have her leg amputated rather than aborting her unborn daughter.

Kathleen Osborne, 28, of Wisbech, England, gave birth to a healthy baby girl in March, the Daily Mail reports. However, the mother-of-three was diagnosed with terminal lung cancer near the end of her pregnancy, and she does not know how much longer she has with her children.

“I’m happy I made the decision to lose my leg because it gave me my daughter,” she said. “If I’d not had my leg amputated then, I’d have lost her and I’d have been going through chemotherapy which might not even have saved my leg in the end anyway.”

Osborne has battled cancer ever since she was a child. She was diagnosed with bone cancer for the first time at age 11, but she spent more than a decade in remission before her doctors discovered more cancer in her body, according to the report. It was during her time in remission that she gave birth to her sons Hayden, 9, and Leo, 5.

In 2020, Osborne said she noticed a lump on her leg and scheduled an appointment with her doctor. She learned that her bone cancer had returned and, unexpectedly, that she was pregnant with her third child, the report continues.

“That’s how I found out I was pregnant – I had no idea! It was really scary because then I immediately thought I was going to lose my baby,” she remembered.

“I was probably going to lose my leg anyway so I might as well lose it now and keep my baby. I told the doctors the very next day, I said book it in and just do it,” Osborne continued. “There was no point in me having too long to think about it because it would scare me even more.”

Ten days later, she had her leg amputated. She said she tried to make light of the tragedy to her young sons so that they would not worry.

“They love Transformers so I said I had something bad in my leg and that the doctors needed to take it away but that Transformers were going to make me a new leg,” she said. “They were like ‘really?! That’s really cool!’ and then they loved it! It was the only way I could think of how to tell them so I’ve just kept that story going.”

Several months later, however, Osborne received more bad news. Her doctors diagnosed her with lung cancer and told her that they would need to deliver her daughter prematurely, according to the report.

“I was scared I was going to lose her because I was having her so early. I was worrying about how well she’d be and how big she’d be. … All these things were running through my head about her and then about me being diagnosed with cancer for the fourth time as well,” she said.

Her daughter, Adia-May, was born on March 12 after 32 weeks of pregnancy. A huge blessing, Osborne said her daughter overcame the struggles of being born prematurely, and she is healthy.

Now, Osborne is focusing on the time she has left with her three children, planning special vacations and other memories together before she dies.

“As long as they have memories with me and they have as much fun with me as possible over however long we’ve got, then I’m happy. I can go then, as long as they’re happy,” she said.

Osborne said she has no regrets about choosing life for her daughter. She said her sons love their baby sister, and Adia-May brings happiness to their family.

“I wouldn’t have her if I didn’t do it so it’s all been worth it,” she said. “I’d always wanted a little girl after having my two boys first and now she’s here so I’m happy I did it.”