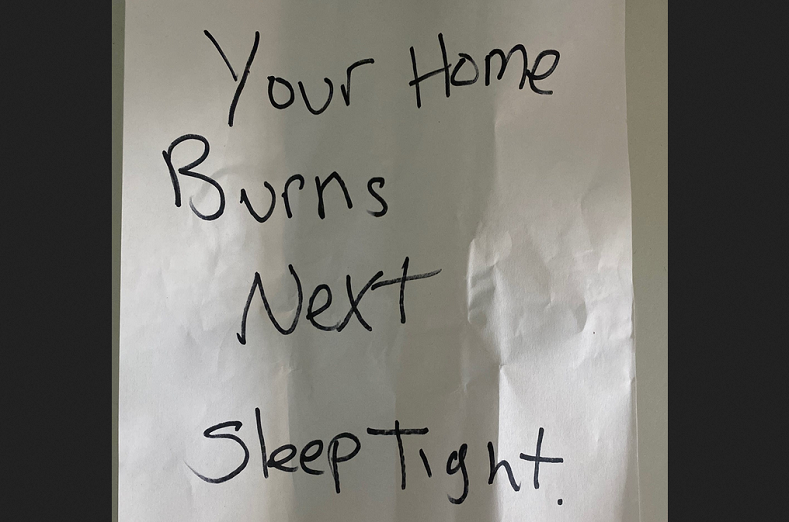 Staff at Texas Right to Life are now facing death threats and intense harassment and the nation’s biggest abortion business is to blame.

As National Review reports, Planned Parenthood doxxed a pro-life advocate in its legal papers filed in its desperate attempt to stop the Texas abortion ban and prevent the state pro-life group from enforcing it.

Leftists are no strangers to doxxing pro-life and conservative people they disagree with, it’s a modern method of subjecting people and their families to harassment and potential violence as a form of intimidation to get them to stop standing up for their values. In this case, Planned Parenthood lawyers carelessly — or purposefully — exposed private information about the name and address of pro-life advocates in their publicly-accessible legal briefs so anyone could find the information and intimidate them.

The Texas Right to Life employee’s home address was circulated widely online after Planned Parenthood listed it on a recent lawsuit filed against the pro-life group. A link to the lawsuit, which included the staffer’s name and home address, was initially included in a September 2 press release announcing the legal action, but the link was eventually taken down sometime after September 9th after the pro-life group’s attorneys raised the issue in court.

In the wake of the disclosure, the staffer and many colleagues have faced a slew of physical and verbal threats from abortion advocates, some of whom explicitly told the staffer “we know where you live.”

Planned Parenthood’s disclosure of sensitive information may violate the Texas Rules of Civil Procedure. Rule 21c, Privacy Protection for Filed Documents, forbids the filing of documents containing sensitive data such as a home address unless it is “specifically required by a statute, court rule, or administrative regulation, an electronic or paper document.” Otherwise, the address is supposed to be redacted fully or replaced with the letter “X” for each omitted digit or character, the rule states.

As the conservative news outlet reports, the death threats and harassment include voicemails that are threatening in nature.

Texas Right to Life has been swamped with hate mail since the Supreme Court’s ruling. Among the vitriolic messages provided to National Review were death and gang rape threats, calls for staff members’ damnation in hell, nude photos, obscenities, and other disturbing harassment.

One email directed its recipients at Texas Right to Life to an instructional page on how to tie a noose. “Please follow the instructions, procure a noose, stick your neck in the hole, and then let your body dangle by the neck…I do hope you get your dues soon, scum of the earth,” the email read.

A particularly disturbing audio voicemail sent to the Texas Right to Life inbox said, “Hello! I love to perform abortions in my own f***ing house and then pickle all the babies and eat them because I f***ing love Satan!…Do you know what’s the best with a pickled baby? A f***ing chili pepper…Have a nice day!”

In another recording, a man referenced the group’s temporary website shutdown, which occurred last week when activists overloaded the system with spam. “You need to fix your website so we can call you Nazi pedofiles some more. You child molesting losers! Get out of our country you queers! You hate America, you hate Jesus Christ!…Die! Die losers! You should have been aborted!”

A woman in another audio message said she hopes the employees all get hit by a car.

Meanwhile, Texas Right to Life was forced to evacuate its Houston headquarters late Friday over a bomb threat.