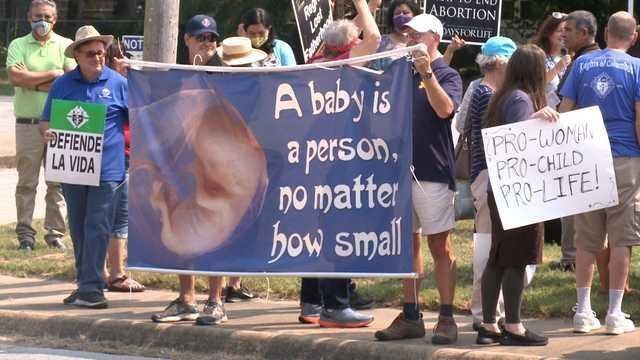 Churches in northwestern Arkansas united in prayer Sunday outside a new Planned Parenthood facility in their community.

The abortion chain opened its new location this week in Rogers, Arkansas, two years after closing a facility in nearby Fayetteville.

Sheila Pursell of St. Vincent de Paul Catholic Church told the local news that their purpose was to pray, not protest.

“Prayer for the end of abortion, prayer for the people that go in there, prayer for people who are confused about their sexual identify and for God’s healing,” she said. “It was a public witness of prayer. It is important that we stand for our Christian beliefs and we stand for the sacredness and the beauty of human life.”

Right now, the Rogers facility is not doing abortions, but it does provide abortion referrals. A press release from Planned Parenthood advertised family planning and transgender services, birth control and STD testing.

Planned Parenthood Great Plains acting CEO Emily Wales said they applied to the state for a license to do abortions in Rogers, and they hope to have it by the end of the year, according to the report. Planned Parenthood also has an abortion facility in Little Rock.

Meanwhile, local pro-life advocates are preparing to offer hope and resources to help women and save babies outside the new facility.

According to the Family Council of Arkansas, this includes a 40 Days for Life prayer campaign, starting Sept. 22, and a Life Chain event on Oct. 3 as well as a mobile pro-life pregnancy resource center that will offer free services outside the facility on a regular basis.

“Pro-lifers are on the move, working to save unborn babies and give women real options besides abortion,” Family Council responded. “Abortion in Arkansas has been in decline for years. … Slowly but surely, we’re winning the fight to protect innocent human life in Arkansas.”

Planned Parenthood has aborted more than 8 million unborn babies since abortion became legal nation-wide in 1973. Its most recent annual report showed a record number of abortions in 2020: 354,871, which is about 40 percent of all abortions in the U.S.

Its patient numbers also have been dropping steadily over the past decade amid numerous reports of alleged unethical and illegal activities by Planned Parenthood, including selling aborted baby body parts, botching abortions that killed women, covering up the sexual abuse of minors, discriminating against pregnant and racial minority employees, exploiting young girls by selling cross-sex hormones and more.