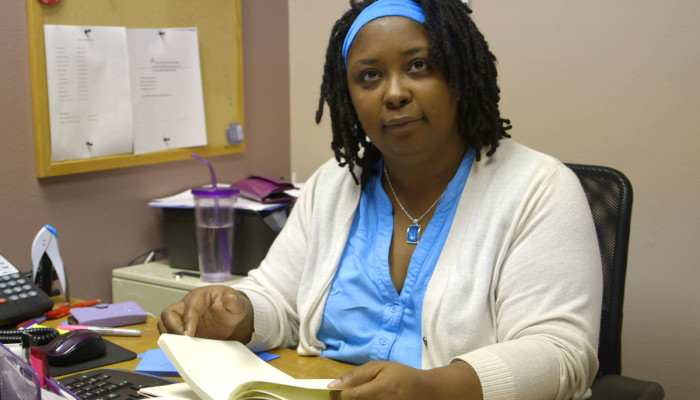 Marva Sadler and her staff worked up until midnight Aug. 31 to abort unborn babies before the Texas heartbeat law went into effect.

In a column at Arizona Central, Sadler described the “fear, stress and heartbreak” that permeated the Whole Woman’s Health abortion facility in Fort Worth that evening.

The phones were ringing off the hook and patients were waiting outside to see if they could get abortions before the midnight deadline, she said.

“I worked through tears until midnight on Wednesday as our small but mighty team of eight staff made sure every one of our patients received their [abortion] – and they did,” she wrote.

In total, her facility’s 80-something-year-old abortionist and staff did 67 abortions in 17 hours that day; Sadler told The 19th that the 67 abortions – each destroying a unique, irreplaceable human child – were a major accomplishment, a victory for women’s health.

Sadler touted her work as “compassionate” but it is anything but. Rather than offer distraught pregnant mothers hope and compassion for them and their babies, her abortion clinic took their money, aborted the babies that it could within the time frame and then sent the rest away. No mention about if they directed the women to pregnancy and parenting resources.

To the abortion facility director, bodily autonomy – not the right to life – is “the most fundamental right of all.”

Without any regard for human rights for babies in the womb, Sadler argued, “Until we can all make decisions about our bodies, our lives and our futures, we cannot be truly free.”

Sadler said she will comply with the Texas law, which prohibits abortions once an unborn baby’s heartbeat is detectable, about six weeks of pregnancy; but she will not stop fighting to overturn it.

She joined Whole Woman’s Health, Planned Parenthood and other abortion groups in a lawsuit challenging the law. On Sept. 1, the U.S. Supreme Court refused the groups’ request to temporarily block enforcement of the law; however, the legal battle is far from over.

“To see the Supreme Court completely abandon all logic and compassion in favor of disempowering millions of people is the brutal reality we are now facing here in Texas,” Sadler said.

She claimed that she works in the abortion industry because she has seen the “positive impact” of abortion for women, and she believes it is liberating.

“As a caregiver, I will follow the letter of the law, but as an advocate, I will follow the tenets of reproductive justice that honor every person’s right to decide to become a parent and to raise their children free from harm,” Sadler wrote. “I know that the right to abortion care is just one part of complete liberation.”

Abortion harms children and it does not give mothers the ability to decide whether to become parents. Women who have abortions already are parents of babies, and abortions brutally destroy their babies’ lives before birth. This is not compassion or liberation or health care. It is destruction, devastation and death.

Through the Texas heartbeat law and other measures, the state is working to protect and empower mothers and babies. In 2020, about 54,000 unborn babies were aborted in Texas, and about 85 percent happened after six weeks of pregnancy, according to state health statistics. With the heartbeat law in effect, tens of thousands of babies could be spared from abortion every year in Texas.