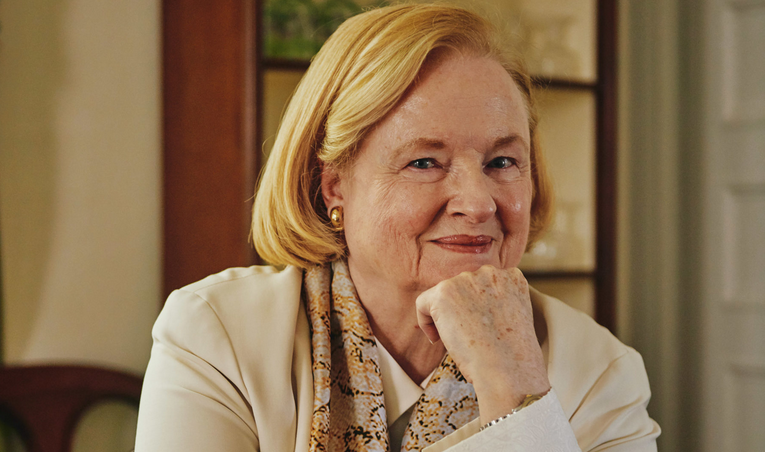 We pick up today where we left off last week in our series of overviews of important amicus briefs filed in the case of Dobbs v. Jackson Women’s Health Organization which the Supreme Court will hear this fall. We began this series on July 22, and it continues to be well received.

The justices will hear the state of Mississippi defend its ban on abortions after 15 weeks of pregnancy with very limited exceptions.  The law was blocked by Judge Carlton W. Reeves of the Federal District Court in Jackson, Mississippi in 2018. Judge Reeves’s decision was subsequently upheld by a three judge panel of the U.S. Court of Appeals for the 5th Circuit, as NRL News Today explained. The  High Court then agreed to hear Mississippi Attorney General Lynn Fitch’s appeal.

Today’s amicus was jointly filed by two pro-life stalwarts familiar to many of us. Mary Ann Glendon is the Learned Hand Professor of Law, emerita, at Harvard Law School. She is the author of numerous award-winning and widely translated works. Prof. Glendon also received the National Right to Life Educational Trust Fund’s “Proudly Pro-Life Award.”

O. Carter Snead is Professor of Law, Concurrent Professor of Political Science, and Director of the de Nicola Center for Ethics and Culture at the University of Notre Dame. He served as General Counsel to the U.S. President’s Council on Bioethics. Prof. Snead has spoken at a number of National Right to Life Conventions.

Their “Summary of Argument” begins with a blunt denunciation of the Supreme Court’s track record on abortion.

The Court’s abortion jurisprudence is completely untethered from the Constitution’s text, history, and tradition. It has imposed an extreme, incoherent, unworkable, and antidemocratic legal regime for abortion on the nation for several decades (pursuant to constantly shifting rules, standards, and rationales). Fidelity to the Constitution, the rule of law, and the institutional integrity of the Court warrant reversal of those precedents (including Roe v. Wade, Doe v. Bolton, and Planned Parenthood v. Casey), and principles of stare decisis present no obstacle in doing so. In addition to suffering from these fatal defects, American abortion jurisprudence imposes on the nation a particular vision of human identity and flourishing that is constitutionally unjustified and pernicious: It systematically prevents the elected branches of government from adopting measures that address the needs of vulnerable mothers, children, and families. The Court’s abortion jurisprudence grafted onto the Constitution a vision of what it means to be and flourish as a human being that isolates mother and child, pitting them against one another in a narrative of zero-sum conflict among strangers, thus depriving them of much needed sources of protection, support, and care.

They elaborate on each component of their scathing critique. Let’s look at just a few of the many devastating takedowns .

#1. “American Abortion Jurisprudence Is Untethered from the Text, History, or Tradition of the Constitution.” That is about as caustic –and accurate–as you can get. In layman’s terms, you could search the United States Constitution high and low and find nothing about a “right” to abortion. Likewise for its history or tradition. They elaborate on the ever-shifting grounds and conclude, “Despite these decades of attempts at post-hoc rationalization, there has never been a defensible connection between the putative right to abortion and the Constitution itself.”

#2. The amicus traces the tortuously complicated road that ended up in the ditch–Roe v. Wade and Doe v. Bolton. “Without much argument, and without reliance on any evidentiary record (for there was none), the Court held that the Fourteenth Amendment’s protections did not apply to unborn human beings, while simultaneously claiming not to take a position on the moral or ontological status of the unborn human child. It declared that Texas was not permitted to embrace ‘one theory of life,’ and ‘override the rights of the pregnant woman that are at stake.’ Thus, by forbidding Texas from protecting unborn children as persons and making their status entirely dependent on whether they were wanted by their mothers, it effectively declared them to be beyond the bounds and protection of our legal system.”

Obviously, the 7-man majority did “embrace one theory of life,” while pretending not to, and in the process folded, bent, spindled, and mutilated the 14th Amendment to reach a conclusion they had preordained.

#3. The amicus looks at the 1973 Roe decision through the lens of the 1992 Casey decision which “further disconnected the abortion jurisprudence of the Court from the Constitution.” Profs. Glendon and Snead write

Despite these dramatic changes, the Court’s decision in Casey did not succeed in grounding its rule and reasoning in the text, history, or tradition of the Constitution. To the contrary, it doubled down on Roe’s freewheeling derivation of a constitutional right merely from its own normative balancing of the goods of (1) a woman’s freedom to make intimate, personal, and self-defining reproductive choices that also enable her to participate equally in the economic and social life of the nation, versus (2) the State’s interest in defending prenatal life, defending the integrity of the medical profession, and promoting respect for life more generally. In short, Casey fully embraced Roe’s method of constitutionally untethered philosophizing and wholesale legislation from the bench.

“Untethered” is not only a provocative word, it also catches the distilled essence of the judicial free-lancing on display every time the justices address the abortion issue. They just wing it. And

#4. “Stare decisis”—broadly defined as adhering to precedent—gets a thorough going over in the abortion context.

In the opening summary of a different amicus, filed on behalf of 321 legislators from 35 states, we see why the Supreme Court should overturn Roe.

This Court should overturn Roe because all three prongs of the stare decisis analysis support overturning the precedent: Roe is egregiously wrong, it has caused negative jurisprudential and real-world consequences, and overturning Roe will not necessarily upset reliance interests.

All in all, Profs. Glendon and Snead provide a brilliant exposition of why Roe must go.