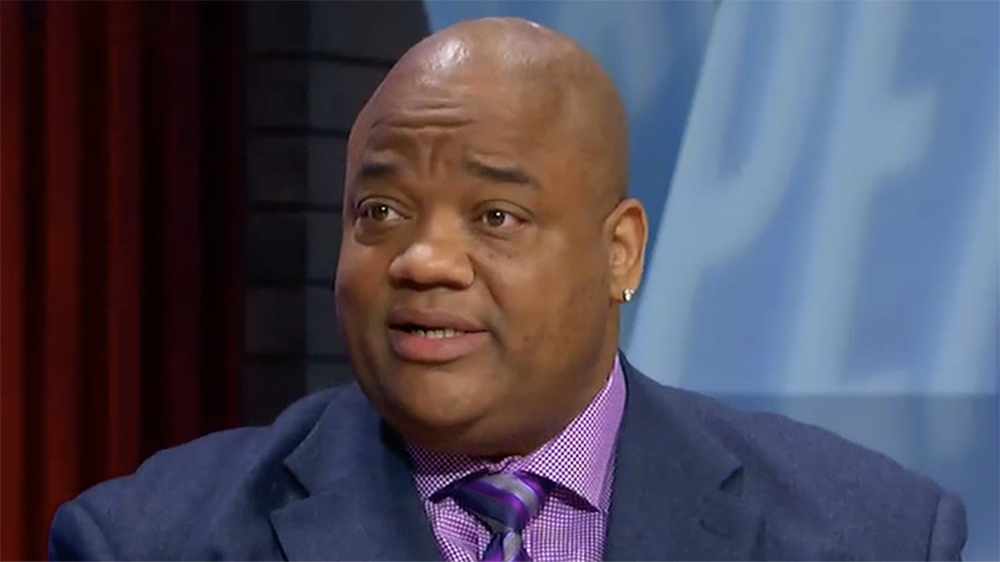 Conservative sports journalist Jason Whitlock is clearly tired of beating around the bush. In a recent conversation with Tucker Carlson and in a follow up article the Outkick and The Blaze contributor flat out claimed that much of what the left supports is “satanic,” in that it’s based on lies that go against God’s word, the foundation for our Judeo-Christian society.

During Whitlock’s guest appearance on the Fox News show on August 23, he attempted to give his best explanation for the nature of the left. Though it was obvious that he couldn’t really find a rational explanation for the far left’s antics beyond attributing it to a spiritual malaise. In fact, on air he called much of what the left embraces “satanic,” to which Carlson agreed.

The next day Whitlock penned a column at The Blaze in which he defended his assertion of the left’s spiritual maladies and explained exactly how much of what the left does is by definition “satanic.”

The pundit began by giving an honest account of his own past “satanic” sins, to show that he’s not a hypocrite and knows that we all fall short of God’s commandments and therefore promote Satanism. For context Whitlock claimed, “Sex outside marriage is sinful and therefore rooted in Satanism. Every time I’ve done it, it’s been wrong and satanic.”

Then he explained, “My problem with the left is its aspiration to redefine every form of sin as a natural desire we should not tame.” Of course that’s the big obvious point that no one can admit anymore. For example, Scripture is very clear on the immorality of homosexuality. But the left has normalized to the point that it’s a proud part of American life. The Bible is clear on sex outside of marriage, but the left has made so we have to shut up instead of condemning promiscuity or fornication. The Bible is clear on divorce. Many of these objectively sinful behaviors are just part of people living their “best lives.”

“If you were born a biological man but feel like a woman, go for it. Seek out your true destiny. That’s why Tucker Carlson responded to my declaration that a lot of what the left supports is satanic by mentioning the transgender issue,” Whitlock said. It’s about denying the biological reality most Christian Americans believe was ordained by God.

Still Whitlock mentioned he didn’t want to fixate on the trans issue. He went on to call the fat acceptance movement satanic, saying, “It bothers me that the left is trying to normalize obesity,” he said, adding that it’s satanic to lie that fat is healthy when it’s clearly not. He also tore into BLM, saying its goal of “disrupting Western civilization’s nuclear family structure is an affront to God. The traditional nuclear family is taken straight from the Bible.”

Whitlock also blasted the “corporate media” which is used to promote these leftist lies, therefore making it satanic. “It’s the open hostility to truth that reveals the left’s satanic leanings,” Whitlock claimed. Of course, it’s that simple. Whitlock is just calling it like it is.