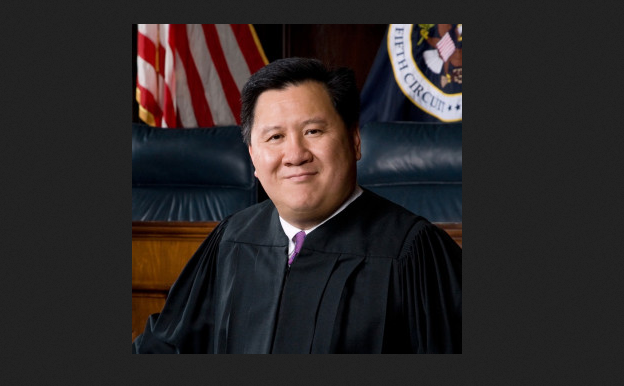 We’ve spent roughly the last month diving into amicus briefs in support of Mississippi’s Gestational Age Act, which the Supreme Court will hear this fall. With a very few exceptions, House Bill 1510 protects unborn babies from abortion after the 15th week. The justices will address one specific question: “whether all pre-viability prohibitions on elective abortion are unconstitutional.”

Before exploring additional amicus briefs in support of the 2018 law struck down by Judge Carlton W. Reeves,
I’d like to circle back and explore the comments of 5th Circuit Court of Appeals Judge James Ho in greater depth.

As we’ve mentioned on many occasions, a three-judge panel, including Judge Ho, affirmed Judge Reeves’ opinion. However, Judge Ho did so in the most reluctant fashion possible: he felt constrained by abortion rulings handed down by the Supreme Court. Here are highlights of an extremely thoughtful concurring opinion that begins on page 17.

*“Nothing in the text or original understanding of the Constitution establishes a right to an abortion. Rather, what distinguishes abortion from other matters of health care policy in America—and uniquely removes abortion policy from the democratic process established by our Founders—is Supreme Court precedent. The parties and amici therefore draw our attention not to what the Constitution says, but to what the Supreme Court has held.”

You could write an entire post just on those three sentences. Judge Ho bluntly tells his colleagues that the “right” to an abortion is not grounded in the Constitution but is the product (my language here) of Justice Harry Blackmun’s imaginary, error-ridden reading of history. There is a “right” to abortion because the Supreme Court says so.

*“A good faith reading of those precedents requires us to affirm [Judge Reeves’ decision].” To which you could and should add “for now.” The many briefs we’ve looked at—including the joint National Right to Life/Louisiana Right to Life amicus—tell the High Court that time and technology have rendered Roe v. Wade obsolete.

* Judge Ho wrote he was “deeply troubled by how the district court [Judge Reeves, an Obama appointee] handled this case.” (Even the New York Times characterized Judge Reeves’ over-the-top remarks as “an often-biting opinion.”)

“The opinion issued by the district court displays an alarming disrespect for the millions of Americans who believe that babies deserve legal protection during pregnancy as well as after birth, and that abortion is the immoral, tragic, and violent taking of innocent human life.”

*But Judge Reeves was just getting started. “Instead of respecting all sides, the district court opinion disparages the Mississippi legislation as ‘pure gaslighting,’” Judge Ho wrote. “It equates a belief in the sanctity of life with sexism, disregarding the millions of women who strongly oppose abortion. And, without a hint of irony, it smears Mississippi legislators by linking House Bill 1510 to the state’s tragic history of race relations, while ignoring abortion’s own checkered racial past.” (More about that below.)

*Judge Ho discussed the issue of fetal pain at considerable length, a topic Judge Reeves found irrelevant. “Having invoked relevance to deny evidentiary development concerning fetal pain, the district court then ignored relevance to consider a wide range of historical matters entirely unconnected to the enactment of HB 1510 in order to impugn the motivations of citizens and policymakers who believe in the sanctity of life,” Judge Ho wrote. “I find it deeply disquieting that a federal court would disparage the millions of Americans who believe in the sanctity of life as nothing more than ‘bent on controlling women and minorities’ and ‘disregarding their rights as citizens.’”

*In an ingenious turnabout, Judge Ho turns the logic (for lack of a better word) of Judge Reeves’ argument back against him:

Given the links between abortion and eugenics, accepting the district court’s logic—connecting Mississippi’s own tragic racial history with the recent enactment of HB 1510—means that the history of abortion advocacy must likewise haunt modern proponents of permissive abortion policies, and infect them with the taint of racism as well. So where does that leave us? Are both sides of the abortion debate racist? I don’t imagine the district court would say so. And if not, then the principle invoked by the district court is no principle at all, but merely an  instrument with which to bludgeon one side of the abortion debate.

Federal judges are not elected. Yet the Constitution grants us life tenure. That is not because we are supposed to decide cases based on personal policy preference. It is because we swear an oath to rule based on legal principle alone. I share in the concern, expressed by every state in this circuit, that the district court did not discharge that duty here, and that its opinion diminishes public confidence in the federal judiciary.

It is troubling enough to many Americans of good faith that federal courts, without any basis in constitutional text or original meaning, restrict the ability of states to regulate in the area of abortion. But that is of course what decades of Supreme Court precedent mandates. Accordingly, I am required to affirm.

It adds insult to injury, however, for a federal court to go further and to impugn the motives of those good faith Americans. When that occurs, citizens may rightfully wonder whether judges are deciding disputes based on the Rule of Law or on an altogether different principle. Replacing the Rule of Law with a regime of Judges Know Better is one that neither the Founders of our country nor the Framers of our Constitution would recognize.