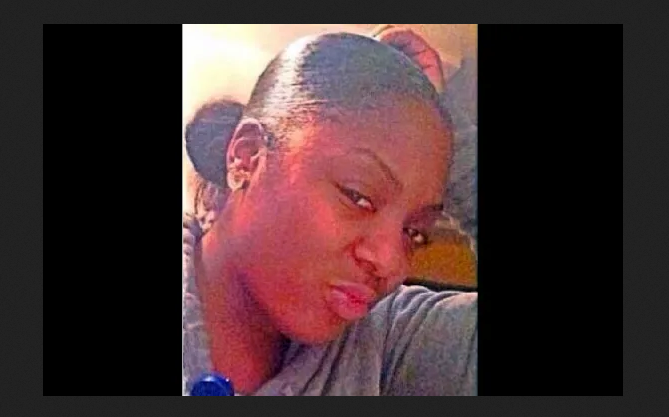 A redacted autopsy report has been received by Operation Rescue that documents the death of a black California woman who suffered a fatal uterine hemorrhage after a botched first trimester abortion in 2014.  Her death left a two-year-old daughter motherless and her family and friends grieving.

“We report on abortion related deaths such as this one because it is important for there to be a public record of the harm abortion causes to women,” said Operation Rescue President Troy Newman.  “Whether these women deserve our pity, or our scorn is not the point of telling their stories.  Women like Kenniah Epps are human beings that died avoidable deaths due to botched abortion procedures. The public has a right to know that the Abortion Cartel is lying to the American public about the so-called ‘safety’ of abortion.”

Kenniah Malinda Epps, 23, received a routine elective abortion on May 14, 2014, at a Family Planning Associates (FPA) abortion facility in Los Angeles, California.  FPA, a high-volume chain of abortion facilities in California, has been doing business as FPA Women’s Health since 2016.

Epp’s autopsy report noted that records obtained by the medical examiner from the FPA abortion facility indicated that she was 11 weeks pregnant at the time of her abortion.

After the surgical abortion, Epps was sent home with no record in the autopsy report of immediate complications.

The following day, she woke up to severe abdominal pain and excessive vaginal bleeding. At around 2:00 p.m., according to the Investigative Narrative from the Los Angeles County Coroner, Epps was rushed from her home by ambulance to Centinela Hospital Medical Center.

Upon her arrival, Epps was given morphine for the pain and other drugs. About two hours later, after having been unable to urinate, a catheter was placed, and a large amount bloody urine was drained. These were all indications that something went very wrong during the abortion procedure.

Epps was given morphine and other drugs, and treated for pancytopenia, which is a condition where the body lacks enough red and white blood cells and platelets. She was given a CT scan that showed an enlarged uterus.

Realizing she needed a higher level of care, Centinela Hospital transferred Epps by ambulance that night at 12:20 a.m to Kaiser West Los Angeles.

Once at Kaiser West, it was determined that she was tachycardic, meaning her heart was racing dangerously – a symptom of hemorrhage. Epps, who was cooperative at that point, was given a laparoscopy and her uterus was suctioned to determine whether there was a perforation or if her abortion had been incomplete.

After the surgery, a pronounced deterioration of her mental state was noted at 1:30 a.m., and she was administered Narcan, a drug that counteracts the effects of opiates, such as morphine, which she had been given while at Centinela Hospital. She was also given a saline bolus, which is a known temporary treatment for blood loss. Ten minutes later, it was noticed that Epps was staring blankly and was unresponsive.

At this point, her partner, who had joined her at the hospital, was notified that Kenniah Epps was in critical condition. He confirmed that she was not a drug user and only used alcohol occasionally.

Epps had a history of asthma and was struggling to breathe.  At 2:02 a.m., Kaiser staff intubated her.  As she was undergoing another CT scan at 2:25 a.m., Epps went into cardiac arrest.  She did not respond to CPR or resuscitative drugs and was pronounced dead at 2:47 a.m. on May 16, 2014.

Epps naked body was stored in refrigeration until an autopsy could be conducted on May 21.

The autopsy revealed that Epps died from exsanguination due to uterine hemorrhage after elective abortion.  Complications included endometritis and myometritis, which are inflammation of the uterine lining and muscular layers of the uterus, respectively.

About nine ounces of blood was discovered in her abdominal cavity.  More blood was found in her fallopian tubes and ovaries, which is usually a sign of perforation, but no perforation site was mentioned in the autopsy.  The hemorrhage site was said to be “at the site of the curettage, with little endometrium remaining.

There is a possibility that Epps may have been farther along in her pregnancy than 11 weeks. Her uterus measured 15 cm long, which is more in line with a 14-16 week pregnancy according to one source. If true that she was actually in her second trimester, that could account for the fatal abortion, especially if the abortionist was unprepared to conduct an abortion on a larger baby whose abortion would require a vastly different procedure from the standard first trimester suction abortion process.

“First trimester abortions are supposed to be among the safest of all surgical procedures, but that obviously wasn’t the case for Kenniah Epps or for other women who have been seriously injured or have died from sloppy or incompetent first trimester abortions,” said Operation Rescue President Troy Newman.  “Unfortunately, the Abortion Cartel has a megaphone for their abortion ‘safety’ propaganda through much of the medical community and globalist-funded depopulation organizations.  This propaganda is happily echoed by the main-stream fake news media.  That is why so many women do not understand that when they walk into an abortion facility, their next stop could be a cold slab in the morgue.  Any woman who thinks that can never happen to her should think again.”