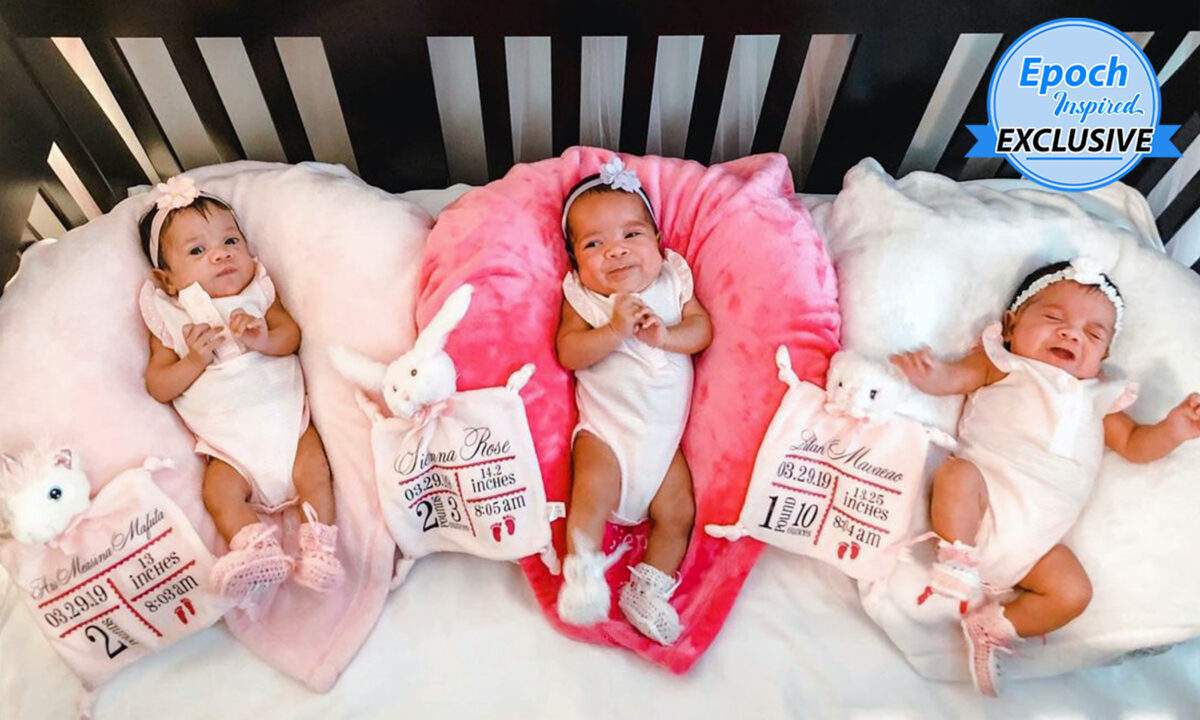 It’s been said that good things come in “threes.” Certainly, that proved to be the case for Miami resident Christine Taala.

As The Epoch Times reports, Taala was initially shocked when she discovered she was going to give birth to triplets. You see, Taala had suffered the loss of three children to miscarriage, and the news of triplets came as a complete and utter surprise.

Taala was already mom to a preteen and a baby when she learned that the triplets—all of them girls–would be making their appearance in the world. When she was 10 weeks pregnant, a physician recommended “fetal reduction”—aborting one of the babies—to supposedly increase the chances of survival for the remaining little ones.

Taala refused, opting instead for a hope-filled decision for life.  As the Epoch Times’ Louise Bevan wrote, “Her pregnancy was high-risk, but Christine couldn’t reconcile with losing one of her babies.”

At one point, “Baby A” ceased growing because she was not getting sufficient nutrients from the umbilical cord she shared with “Baby B.” Thankfully, Children’s Hospital of Texas was able to perform a procedure to improve the blood flow.

Taala ended up going into labor at 26 weeks. But with the aid of an all-star medical team of 25, she gave birth to the trio, who were immediately taken to the Neonatal Intensive Care Unit (NICU).

It was a scary time back in 2019 when the babies were born. Baby A had heart and liver trouble, Baby B also had a hole in the heart, and “Baby C” suffered from a brain bleed. As a result, the family spent much of a period of 103 days in the hospital.

The homecoming in July of 2019 brought new health challenges for the triplets– Aria, Lilah, and Sienna– and their mother.

The triplets experienced sleep apnea and one of the babies suffered a debilitating respiratory virus which resulted in an additional hospital stay. Meanwhile, Taala, who works in health care, battled post-traumatic stress disorder. With her devoted husband’s help, the family was able to regain their balance.

“My husband, I think, was made to be a triplet dad!” she told Bevan. “He can stay calm when I am falling apart … I truly think we have learned to be a team, as this is no one-parent job.”

Watching her affectionate trio grow up together is the highlight of triplet parenting for Christine,” Bevan wrote. “Her thriving girls, now toddlers, confirm her theory that everything happens for a reason.”

As Christine told Bevan, “The triplets are these miracle babies. You see the girls today, they push every step of the way. I see how accomplished they are, how proud that they learn a new task or skill each day. They are our heroes!”