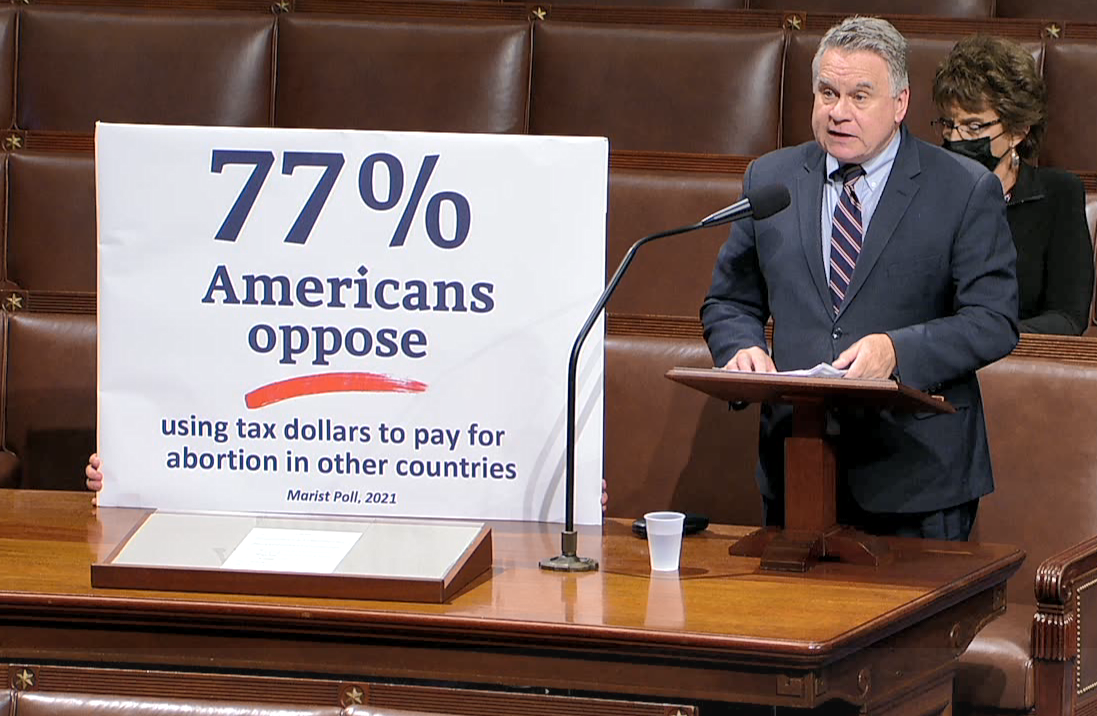 Late Wednesday night, Nancy Pelosi and House Democrats voted for a bill that would make Americans fund abortions with their tax dollars in other nations. The House voted for the State Department funding bill, which contains language overturning the helms Amendment, which has stopped taxpayer funding of foreign abortions for decades.

The vote was 217-212, with every Republican voting agaisnt the bill and every Democrat except three voting for it. The  three Democratic “no” votes — Cori Bush, Alexandria Ocasio-Cortez, and Rashida Tlaib — voted against the bill for other reasons.

The SFOPS appropriations bill removes or weakens four longstanding pro-life protections, including the Helms Amendment, which prevents taxpayer funding from being used to fund abortion overseas.  It increased funding for both the United Nations Population Fund and international family planning funding.  It also includes text permanently preventing a President from re-establishing the Protection Life in Global Health Assistance policy (also referred to as the Mexico City Policy), which defund Planned Parenthood and other groups that promote and perform abortions overseas.

Congressman Chris Smith, a New Jersey Republican, spoke on the House floor against the bill and the pro-abortion provisions.

“Since 1973, the Helms Amendment has prohibited using U.S. taxpayer funds to directly pay for abortions in other countries. Helms is the Hyde Amendment for the rest of the world. The bill before us today, however, completely reverses Helms,” he said.

“Taxpayers should not be forced to pay for child dismemberment— including severing arms and legs and decapitation with sharp knives—or deadly poisons or drugs like RU–486 which starves the baby to death,” Smith added. “Children alive but not yet born who are killed by abortion at 20 weeks or later experience excruciating suffering and physical pain. And until rendered unconscious or dead by these hideous procedures, the baby feels the pain of every cut. Where is the justice and empathy and compassion for unborn babies?”

John McCormack of National Review says Pelosi may lose the House because she put Democrats on record forcing Americans to fund abortions:

House speaker Nancy Pelosi may have endangered the Democratic majority by having her caucus vote for taxpayer-funding in foreign countries. Multiple studies have shown that taxpayer subsidies for abortion increases the number of human lives ended by abortion, and the policy is deeply unpopular.

Appropriations bills are still subject to a 60-vote threshold in the Senate, which means that the Republican minority can (and certainly would) block final passage of any appropriations bill that lacks the Helms or the Hyde amendment, which prevents federal Medicaid funding of elective abortion. Every House Republican present voted against the bill killing the Helms amendment on Wednesday night.