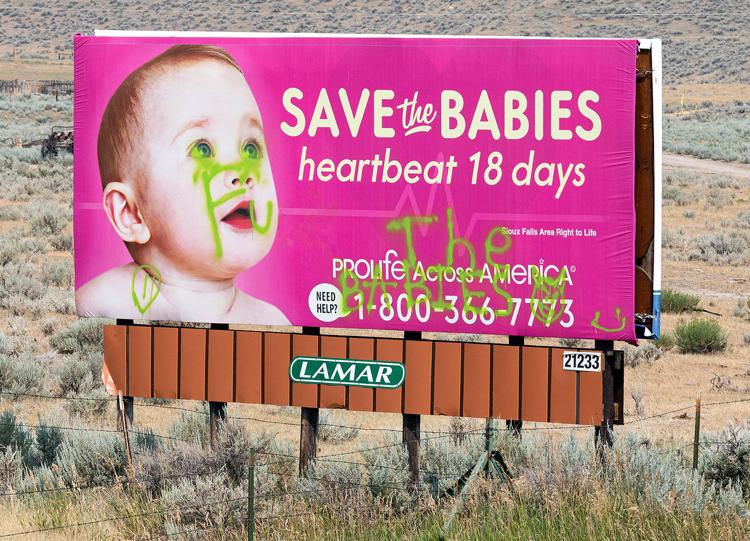 Located on Belfry Highway, the billboard shows the image of a baby and the message: “Save the babies. Heartbeat [at] 18 days.” It also includes a phone number for pregnant mothers to call for help.

The vandals used green paint to scribble “F— the babies” over the billboard. They also drew smiley faces including one with devil horns, according to the Enterprise.

Sheila Leach, vice president of Park County Right to Life, said the vandalism is “very vulgar,” and it appears to have been planned in advance.

“My thought is to leave it for awhile,” she told the newspaper. “I want people to see what the message is. See what has been done to it. Hopefully it will make people angry.

“This country is becoming more and more polarized,” Leach continued. “We each should be able to express our different opinions.”

The pro-life advocates said the current billboard has been up for about two years, but their organization has been sponsoring pro-life billboards at the location for about 15 years.

Carol Armstrong, another pro-life advocate with the group, had a message for abortion activists, “If you don’t like the message, do your own billboard.”

Pro-life advocates frequently are targets of vandalism, harassment, threats and violence just because of their beliefs.