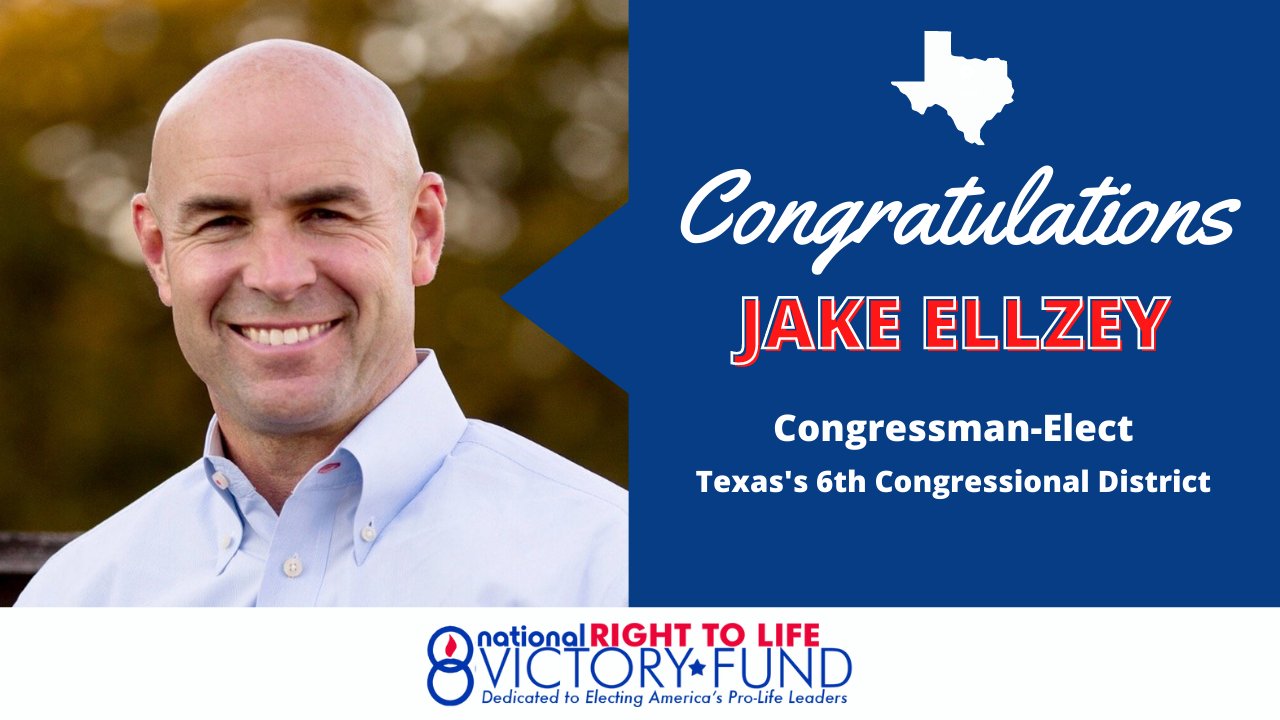 Jake Ellzey, a pro-life member of the Texas House of Representatives, is headed to Congress to finish out the term of pro-life Congressman Ron Wright who passed away in February from complications due to Covid-19. Ellzey defeated Susan Wright, the widow of the late Congressman, garnering 53% of the vote. His victory comes despite efforts by Democrats to put the seat in play in their ongoing quest to turn Texas Blue. Ellzey and Wright were the top two vote getters in the primary held in late April which meant Democrats were shut out of Tuesday’s runoff.

“While Democrats will attempt to pass this off as a district that they never had any hope of winning — and they are right, it’s a pink district that leans toward the Republican Party — it still was their best hope during 2021 of all the special elections of actually flipping a Republican held seat,” Rice University political science professor Mark Jones told the Fort Worth Star-Telegram.

The district covers Ellis County, Navarro County, and part of Tarrant County, Texas. In 2020, Ron Wright had won his reelection campaign by 8 points and President Trump carried the district by 3 points

Jake Ellzey first ran for the 6th Congressional District seat in 2018 when he lost to the late Congressman Ron Wright in the Republican primary. He won a seat in the Texas House in 2020. Since taking office earlier this year, Ellzey has co-sponsored pro-life legislation. He also touted his pro-life views in his special election campaign. His website noted

“Every life is a precious gift from God. As a father and a Christian, I 100% support the right to life as the first and most vital right.

The current administration is stripping federal protections from unborn babies across the board, including the controversial Mexico City policy, which prohibited US dollars from being used to fund abortions overseas.

Amendment, which has blocked federal Medicaid funding for abortion since 1976. We NEED strong representation in Washington that will stand for the right to life and stand against attacks on the unborn and all innocent life in our nation.”

With Jake Ellzey heading to Congress, the pro-life movement gains one more member to stand up to the radical pro-abortion agenda of Speaker Nancy Pelosi that includes eliminating the Hyde Amendment which would force taxpayers to fund abortions.