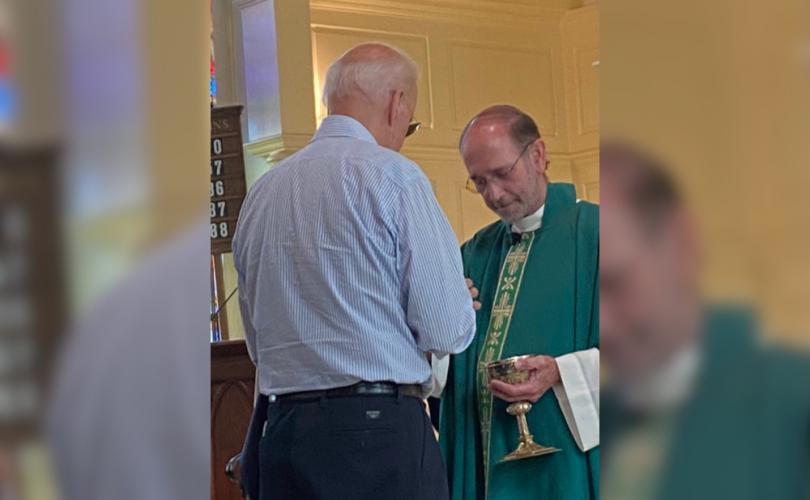 Catholic priests keep giving Communion to President Joe Biden despite his stubborn, unrepentant actions to promote and increase the killing of unborn babies in abortions.

According to a report published at California Catholic Daily, Biden received Communion again on July 24 at St. Joseph on the Brandywine Catholic Church in Wilmington, Delaware, his home parish.

The president professes to be a devout Catholic, but his administration has adopted the most radical pro-abortion policies in U.S. history. Not only did Biden recently allow abortion drugs to be sold through the mail without a doctor’s visit, he also is trying to force taxpayers to pay for elective abortions in Medicaid and in other countries.

These and other actions that Biden has taken in direct violation of Christianity have caused massive controversy among Catholics, with many saying he should be denied Communion unless he repents.

Biden’s 2021 budget plan also would expand abortions by eliminating the Hyde Amendment for the first time in more than 40 years. Without the amendment, Americans would be forced to directly fund the killing of unborn babies in abortions through Medicaid and other programs. The Hyde Amendment is credited with saving nearly 2.5 million babies’ lives.