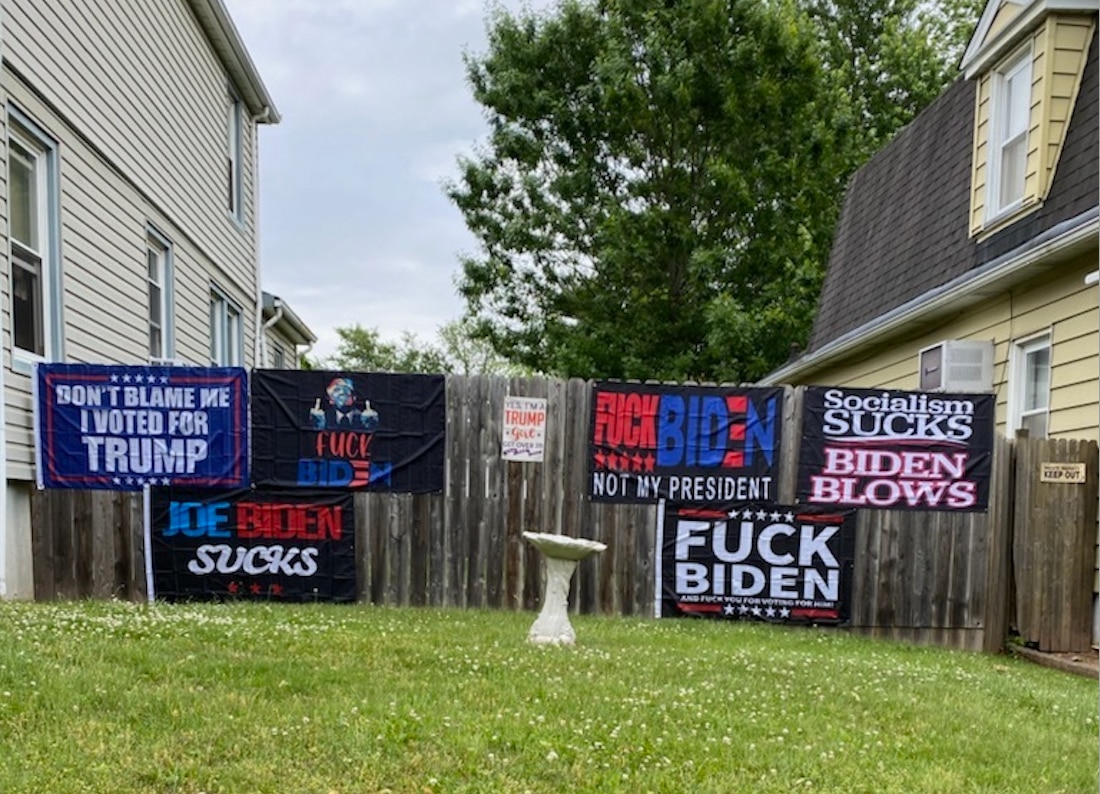 A New jersey woman who is facing fines every single day for having profane signs in her yard opposing pro-abortion Joe Biden says she will not take them down, citng her First Amendment rights.

Patricia Dilascio has displayed the anti-Biden signs for some time but faced a hearng recently in local court and Roselle Park Municipal Court Judge Gary Bundy ordered Dilascio to remove the signs within a week or be forced to pay a $250 a day fine. Dilascio is fighting the order, saying she has the right to free speech on her own property.

She has 20 days to appeal the decision about the signs, which also say “Socialism Sucks, Biden Blows,” and “Don’t Blame Me I Voted For Trump.”

Bundy said his decision had nothing to do with politics.

“It is a case, pure and simple, about language,” Bundy said, according to NJ.com. “This ordinance does not restrict political speech. Neither this town or its laws may abridge or eliminate Ms. Dilascio’s freedom of speech.

Her attorney, Michael Campagna, argued the move by saying the judge was akin to “censorship.”

Campagna argued that standards for obscenity have changed over the years, and that using the F-word no longer has a sexual connotation in society and simply is a colloquialism.

Millions of Americans are already opposed to Biden in part because of the radical pro-abortion record has has compiled in a short time.

After just 100 days in office, he already surpassed President Barack Obama as the most pro-abortion president in U.S. history.

Biden’s 2021 budget plan also would expand abortions by eliminating the Hyde Amendment for the first time in more than 40 years. Without the amendment, Americans would be forced to directly fund the killing of unborn babies in abortions through Medicaid and other federal programs. The amendment is credited with saving about 2.4 million unborn babies from abortion.