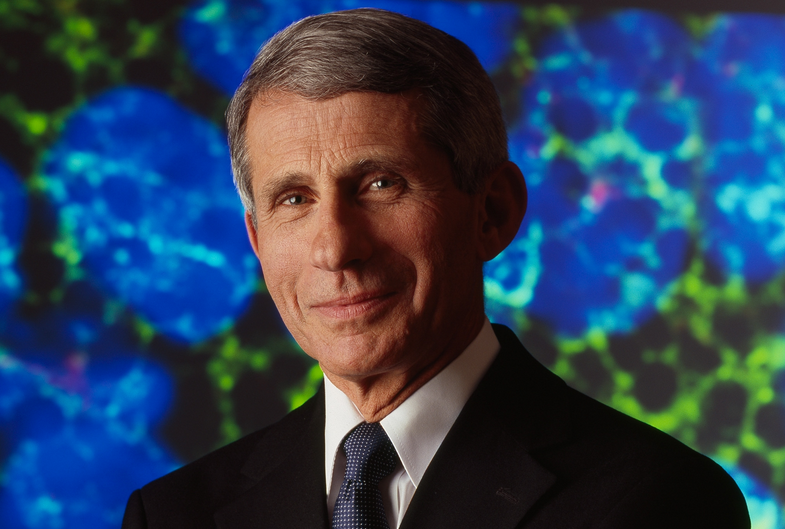 Students for Life Action is calling for the removal of Dr. Anthony Fauci after his agency was caught using tax dollars to fund an experiment that involved implanting aborted babies’ scalps onto rodents.

The College Fix reports the pro-life organization has collected nearly 2,000 signatures on a petition and more than 20,000 on an email petition urging federal leaders to fire Fauci, President Joe Biden’s chief medical officer.

“Fauci’s actual job as a high-ranking official at HHS is to protect Americans from conception — yet he is doing the exact opposite: sacrificing the most vulnerable American children to appease Corporate Abortion …” the petition states. “And taking U.S. taxpayer dollars to do it.”

Fauci also is the director of the National Institute of Allergy and Infectious Diseases, a role he has held for nearly four decades. Find the petition here.

“We do not support the continued employment of Dr. Anthony Fauci amidst revelations that his office has been complicit in barbaric, inhuman research,” said Kristan Hawkins, the president of Students for Life of America and SFL Action, in June during a protested outside the National Institutes of Health.

Earlier this summer, the Center for Medical Progress exposed how Fauci’s agency gave $61 million to the University of Pittsburgh in 2019 for scientific research, and some of that money funded a gristly experiment involving aborted baby body parts being attached to mice and rats.

In one study, scientists used scalps from aborted babies between 18 and 20 weeks of pregnancy to create “humanized” mice and rats to study the human immune system. The researchers described it as “full-thickness human skin.”

Along with their article, the researchers published photos of their experiment – horrific images that show tufts of babies’ hair growing on the rodents.

A university spokesperson previously told The Fix that its researchers follow “all laws and regulations governing fetal tissue research.”

Another new investigation by the Daily Wire found that Fauci’s agency also gave tax dollars to a study at the University of California-San Francisco that used organs from potentially viable aborted babies to study bacterial growth.

According to the study, researchers used “donated” intestine, kidneys, spleens and lymph nodes from aborted babies at the Department of Obstetrics, Gynecology and Reproductive Science at Zuckerberg San Francisco General Hospital.

The babies’ organs “were collected by a single operator using sterile tools within 10 minutes of termination procedure and placed into sterile containers” and then “transported in media on ice and processed within 2 hours after collection,” according to the study.

The researchers acknowledged several sources of taxpayer funding for their study, including a National Institute of Allergy and Infectious Diseases grant from which the university used $113,727 since 2017 (Grant No. F31 AI136336), the Daily Wire reports. Other taxpayer-funded grants came from the National Science Foundation and National Institutes of Health.

Lauren Enriquez, a spokesperson for Students for Life Action, told The Fix that they are working with lawmakers to expose Fauci and hold him accountable.

“We have made our concerns known directly to the Administration by submitting thousands of petitions,” Enriquez said. “We would welcome the opportunity to ask for answers on why the Administration is allowing this unethical violation of our taxpayer funding, and reiterate to them the reasons why Fauci needs to be replaced.”

Under the Obama administration, at least $77 million tax dollars were spent on research projects that used aborted baby body parts, according to The Hill. The Trump administration began cutting off funding to the unethical research and created a new ethical advisory board to prevent further funding. However, the Biden administration quickly reversed the actions earlier this year.