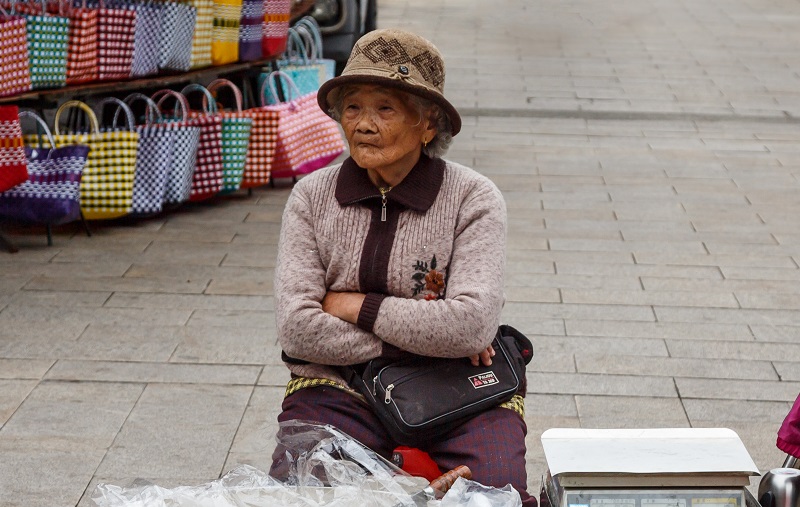 The Chinese Communist Party’s One Child Policy had devastating effects on families that still are being felt years after its end.

The oppressive population control measure, instituted in 1980 and ended in 2015, included forced sterilizations and forced abortions as well as severe penalties and job losses for families who violated the law.

Now, researchers are blaming the policy for another growing problem: no one to care for aging Chinese citizens.

The Macau Daily Times reports at least 1 million older adults in China are worried about a lack of support in their old age because their only child died.

“A child’s death is devastating to all parents. But for Chinese parents, losing an only child can add financial ruin to emotional devastation,” said Lihong Shi, a researcher at Case Western Reserve University. “That’s one conclusion of a research project on parental grief I’ve conducted in China since 2016.”

Shi said most Chinese people depend on their children for financial support in their old age because the country’s pension and health care systems are unreliable.

But because of the One Child Policy, that is not possible for many families.

Shi said she has interviewed more than 100 families who were forced to have only one child under the One Child Policy; these families’ children died and now they have no one to depend on as they grow old.

“The childless parents I interviewed told me they felt forgotten as their government moves further away from the birth-planning policy that left them bereaved, alone and precarious in their old age,” Shi said.

Many women told her that they would have had more children if the government had allowed it. Others admitted to aborting second and third unborn babies to avoid the financial ruin that so often came with violations of the One Child Policy, according to the report.

China changed to a two-child policy in 2015, and then, earlier this year, began allowing three children per family as concerns about the elderly population, a lack of female citizens due to the prevalence of sex-selection abortions and other consequences of its population control measures become apparent.

Approximately 13 million unborn babies are aborted in China every year, though some researchers believe the number may be much higher.

It is not clear how many mothers were forced to abort their unborn babies during the decades of the One Child Policy. Based on 2020 census data, researchers estimate that about 30 million men in China cannot find wives because so many girls have been aborted.