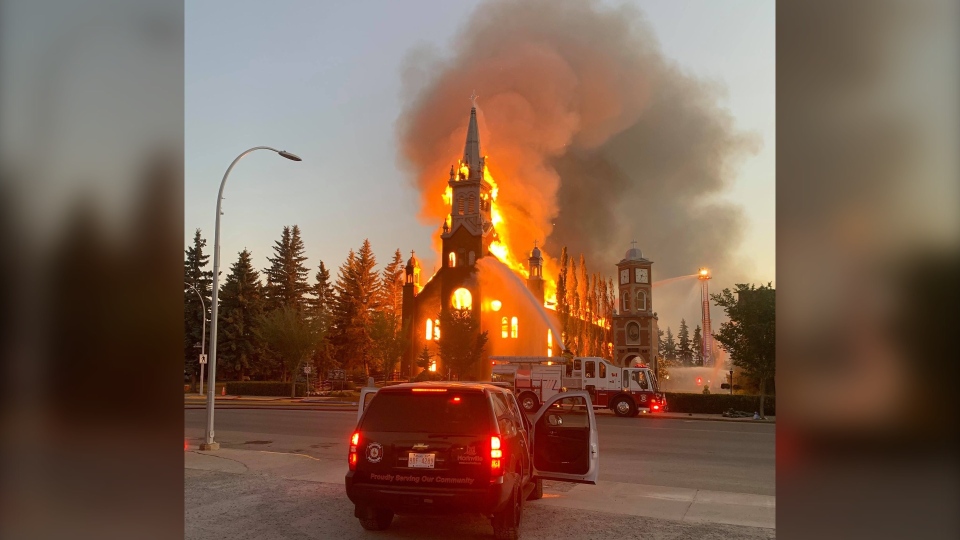 A Roman Catholic church located in Morinville, Alberta, was set ablaze Wednesday morning, which is the fifth Canadian church set on fire in a week.

Videos posted throughout social media sites such as Facebook and Twitter show St. Jean Baptiste church, located roughly half an hour outside of the city of Edmonton, being immersed with flames and the steeple eventually falling over, The Toronto Star reported.

Royal Canadian Mounted Police (RCMP) reportedly responded to the fire around 3:20 a.m., and evacuated nearby homes and buildings, prior to the loss of the structure from the fire, according to The Toronto Star.

Churches across western Canada are being targeted in arson attacks.

Please pray for the persecuted church.https://t.co/DMhlAuTlGFpic.twitter.com/vK1tNPDmwI

In the last week, four other Catholic churches located on Indigenous land in British Columbia were burned to the ground.

Alberta Premier Jason Kenney denounced the recent attacks on Catholic churches in the past few weeks in a statement on Wednesday, labeling the latest attack on St. Jean Baptiste as what “appears to be another violent hate crime targeting the Catholic community.”

“This is unacceptable in Alberta. It is unacceptable in Canada,” Kenney added. “These attacks targeting Christian churches are attempts to destroy the spiritual sites that are important to people of faith across Alberta, including many Indigenous people.”

The recent church burnings come on the heels of the discovery that the remains of 215 Indigenous children were discovered buried at the former Kamloops Indian Residential School, according to a press release from the Tk’emlups te Secwepemc tribe on May 27. Additionally, 751 unmarked graves on Indigenous children were discovered on June 24 at the former Marievel Indian Residential School.

LifeNews Note: Elizabeth Louise writes for Daily Caller. Content created by The Daily Caller News Foundation is available without charge to any eligible news publisher that can provide a large audience.