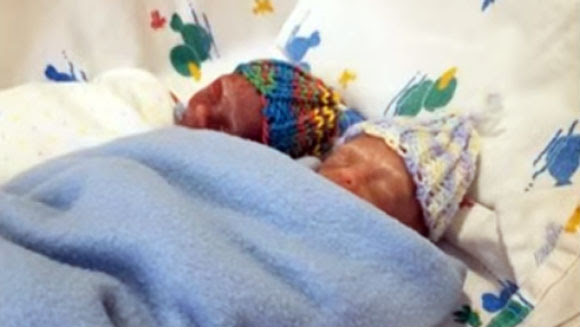 Pro-life advocates plan to hold a vigil Sunday at the Ohio Statehouse to remember premature twin boys who died in 2017 while their mother begged the hospital to provide care for them.

The vigil scheduled for 8 p.m. Sunday will remember the twins’ tragic death and call for support for a new pro-life bill, state Senate Bill 151. Sponsored by state Sen. Terry Johnson, the bill will guarantee that life-sustaining medical care is offered to premature babies born as early as 21 weeks of pregnancy and babies with disabilities.

“What happened to Emery and Elliot at Riverside Methodist Hospital is an abomination,” said Mark Harrington, president of Created Equal. “Ohio law rightly protects unwanted babies from being killed by abortion at 20 weeks. We must also protect wanted babies from death by neglect at older ages. Our legislators must pass SB 151 so that what happened to the Finnefrock family never occurs again in our great state!”

Research shows that smaller and earlier premature babies are surviving and thriving thanks to modern medicine.

A recent study in the New England Journal of Medicine found that a growing number of premature infants are surviving at 22 weeks of pregnancy. This and other research recently prompted the British Association of Medicine to issue new guidelines encouraging medical treatment for babies born at 22 weeks of pregnancy. Previously, the guidelines did not recommend treatment until 24 weeks.

Recently, the Guinness Book of World Records declared Richard Scott William Hutchinson, of Wisconsin, the most premature baby ever to survive, CNN reports. In 2020, he was born at 21 weeks gestation – 131 days before his due date – weighing 11.9 ounces, WCCO Minneapolis reports.

Four years ago, Created Equal and other pro-life groups helped expose the Finnefrock family’s story, creating a video in which Amanda Finnefrock shared her experience and calling for an investigation into the matter.

In 2020, the pro-life organization learned that the U.S. Department of Health and Human Services did launch an investigation into the Finnefrock’s case. However, Created Equal also accused YouTube, Vimeo and other big tech companies of stifling the story by censoring their video about the case.

Here is what happened, according to Created Equal:

Emery survived for 45 minutes after his birth. A neonatal doctor put Emery under a heat lamp, but there was neither assessment of nor assistance given to him. Elliot, born second, was much larger. He survived for over two hours while assessment and assistance were denied in spite of Amanda’s cries for help.

When Amanda left the hospital, she said the staff treated her as if her sons were stillborn instead of born alive.