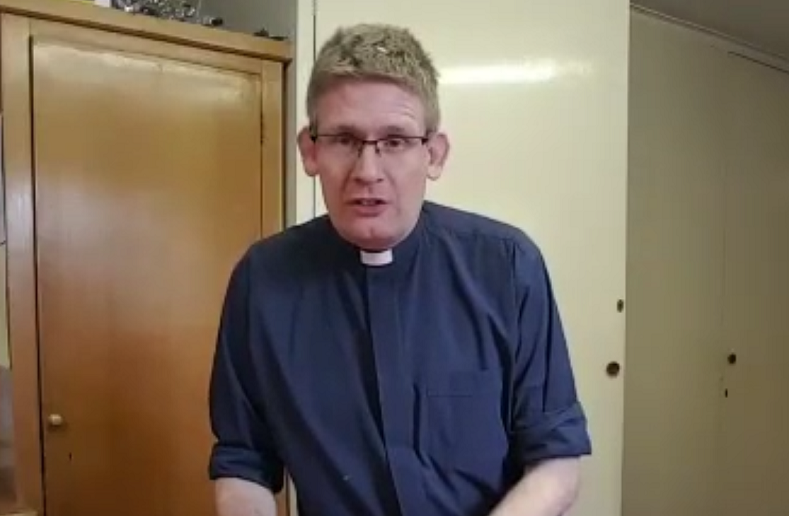 A British Catholic priest who slammed Poland for protecting unborn babies with disabilities from abortion recently withdrew from a promotion after Catholics expressed outrage at his anti-life statements.

The Church Militant has been covering the controversy involving Father Philip Dyer-Perry and his recent appointment as pastoral director of Allen Hall Seminary. Currently, Dyer-Perry serves as a priest at Our Lady of the Rosary Church in Staines, Greater London.

On Sunday, the Diocese of Westminster announced that Dyer-Perry withdrew from the seminary position and will continue his ministry at his current parish, according to the report.

Some of the outrage stems from a November article that the priest published in his parish newsletter expressing pro-abortion views – comments that the Church Militant and other Catholic publications exposed in recent reports.

Referring to a recent Poland high court ruling banning eugenic abortions on unborn babies with disabilities, Dyer-Perry wrote, “[T]he recent decision of the Polish government is a bad one [because] this law fails to respect the choice and autonomy of the mother.”

The priest insisted that he is “pro-life,” however, because he supports safety measures for COVID-19, immigration, Black Lives Matter, LGBTQ-plus rights, an end to the death penalty and nuclear disarmament, according to the report.

The Church Militant and other publications drew attention to these and other anti-Catholic remarks from Dyer-Perry, and Catholics quickly expressed outrage at Westminster Archbishop Vincent Nichols’ decision to appoint him to the new post.

Several unnamed sources at the diocese told the Church Militant that they received “an unprecedented number of complaints” about Dyer-Perry.

On Sunday, the diocese issued a statement announcing that the priest decided to withdraw from the new position.

“Father Philip Dyer-Perry has given further thought to his appointment as pastoral director at Allen Hall Seminary and his prayerful discernment has led him to ask the cardinal for permission to withdraw,” the statement read. “This request has been granted.”

The diocese also said Dyer-Perry will maintain his current position at Our Lady of the Rosary Church.

Pro-life leaders in England also expressed disappointment and outrage that the church would consider promoting a pro-abortion priest who openly defies church teachings about the sanctity of human life.

John Smeaton, leader of the Society for the Protection of Unborn Children (SPUC), said the decision to appoint Dyer-Perry to the seminary position was a “grave threat to the future of the pro-life struggle in Britain.”

Smeaton said he could not recall “anyone purporting to speak on behalf of the Catholic Church in England and Wales expressing a position on abortion which so clearly opposes the Fifth Commandment” in his nearly five decades of work in the pro-life movement.

England reported a record number of abortions in 2020.