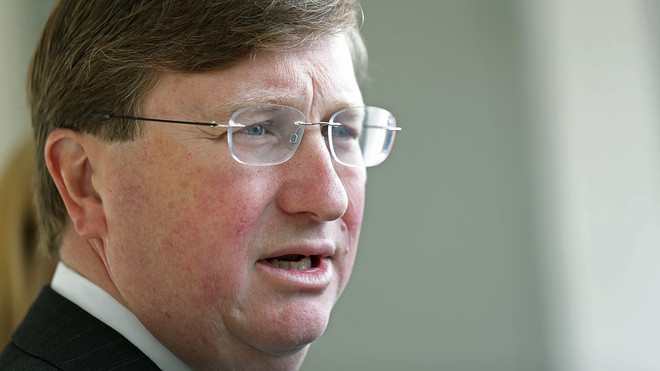 In a new interview, Mississippi Governor Tate Reeves says the Supreme Court made a “mistake” when it decided Roe v. Wade because it failed to properly evaluate the humanity of unborn children. He says the nation’s highest court should  overturn Roe v. Wade and protect babies from certain death in abortions.

“Well, Jake, let me just tell you that for people such as myself that are pro-life, I believe that the Supreme Court made a mistake in the 1970s, but that’s not the issue at stake that is before the court hopefully when the arguments are heard sometime in the fall,” Governor Reeves said.

“The question that is before the court — and this is something that you mentioned earlier and that’s with respect to understanding and appreciating and respecting science. The fact is, we know so much more in America today about the formation of young children in the womb than we did when Roe v. Wade was decided in 1973,” he added.

The governor said science makes it clear that unborn children are human beings and that they survive outside the womb much earlier than they did back in 1973 when Roe was first decided.

“We know so much more even than we knew when Casey was decided in 1992. That was almost 30 years ago. It is not unusual for the court to review cases from the past. And What we know now, Jake, is that we know that the heart has partially formed at 15 weeks,” he explained. “We know that the baby in the womb is practicing breathing. We know that most internal organs have started to form, and we believe that that child is viable outside the womb. And so the question is not, “Are you going to overturn Roe v. Wade?” The question is, “The science has changed, and therefore it makes sense for the court to review their decisions from the past,” and this is a vehicle in which for them to do it.”

The Supreme Court agreed last month to hold a hearing on a major abortion case that could limit Roe v. Wade and protect babies from late-term abortions.  The U.S. Supreme Court agreed to hear Dobbs v. Jackson Women’s Health Organization, a law that bans killing babies in abortions after 15 weeks.

“The petition asks the court to clarify its jurisprudence on abortion to allow states like ours to enact laws that further their legitimate interests in protecting maternal health, safeguarding unborn babies, and promoting respect for innocent and vulnerable life,” Fitch said in a statement in June. “We are hopeful that the court will accept our case and allow Mississippi to defend innocent life as the legislature and the people of this great state intend.”

Fitch’s brief referred to the high court’s recent ruling on a Louisiana abortion regulation in June Medical Services v. Russo. She pointed out conflicting lower court rulings that cite the arguments in that case and asked the Supreme Court for clarification, the report states.

“This case remains an ideal vehicle to promptly resolve both that question and the first question presented—the contradictions in this Court’s decisions over use of ‘viability’ as a bright line for measuring pro-life legislation,” she wrote.

“The Supreme Court has repeatedly recognized that states are free to regulate late-term abortions,” said ADF Senior Counsel and Vice President of Appellate Advocacy John Bursch. “Thanks to amazing progress in scientific research and medical technology, the concept of ‘viability’ is an ever-moving target as younger children have survived and thrived after preterm birth. But ‘viability’ has never been a legitimate way to determine a developing infant’s dignity or to decide anybody’s legal existence. The high court should take this important opportunity to resolve the conflicts between its previous rulings and affirm the constitutionality of Mississippi’s law.”

Many states have pro-life laws that protect unborn children after 20-24 weeks of pregnancy, which is the most they are able to do considering the Supreme Court refuses to allow states to ban abortions prior to viability. Through this new case, Mississippi is challenging that precedent.