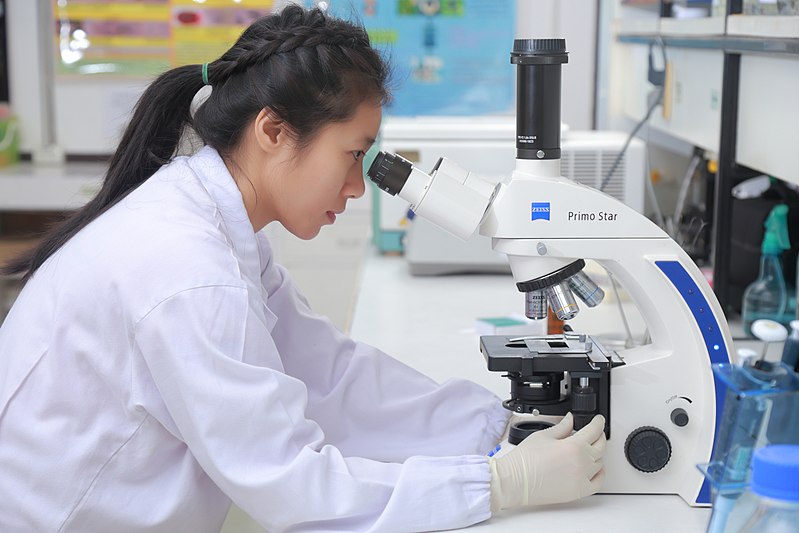 Federal lawmakers are trying to ban the creation of human-animal hybrids, or chimeras, after scientists in California and China were discovered injecting human stem cells into monkey embryos for experiments.

“I mean, any of us could speculate on kind of the Frankenstein concept, let’s put it that way, which that was being referred to as in terms of what this leads to,” Braun said. “I do believe that there’s a genuine interest in taking so much that we’ve learned through DNA analysis, understanding the genome of not only human beings but other animals, that there’s going to be that [temptation] contagion to go beyond maybe just the altruistic effort of finding cures for very, very vexing ailments like ALS, like Alzheimer’s …”

In April, an international team of scientists published an article in the journal “Cell” describing how they created embryos with human and monkey cells. The researchers used the monkey embryos injected with human stem cells to explore the possibility of growing organs for people who need organ transplants.

Currently, U.S. law prohibits taxpayer funding for such research, but Braun and other lawmakers want to ban the creation of certain human-animal hybrids, or chimeras, altogether, according to the report.

Last week, he, U.S. Sens. James Lankford, R-Oklahoma, and Steve Daines, R-Montana, introduced an amendment to a Senate spending bill on scientific research that would ban the unethical research, but the amendment failed, the report continues.

Lankford said he was shocked by Democrats’ opposition to the measure.

“We thought it was important to be able to put a stake in the ground and say, no, the United States does not believe it is right to be able to do the blending of animals and humans for experimentation or to try to develop that and ultimately, as China’s on a path to be able to do, to try to implant and grow to a child,” Lankford said. “That’s an entirely different direction.”

The lawmakers also asked the National Institutes of Health about chimera research and any analysis it had conducted on the ethics of such experiments.

The NIH and the Dana Foundation funded a study published in April by an ad hoc committee of the National Academies of Sciences, Engineering, and Medicine to examine the ethical, regulatory and scientific issues associated with neural chimeras and neural organoid research. …

The resulting report concluded that there were potential benefits to human-animal hybrid experimentation, but researchers should use words that do not attract the attention of the general public.

Major pro-life groups support legislation to prohibit the creation of human-animal hybrids including the Family Research Council, Susan B. Anthony List, National Right to Life and the United States Conference of Catholic Bishops.

Bioethicists are questioning the slippery slope of human experimentation and how far it could go, such as trying to create a baby out of a chimera embryo or animals with human-like brains.