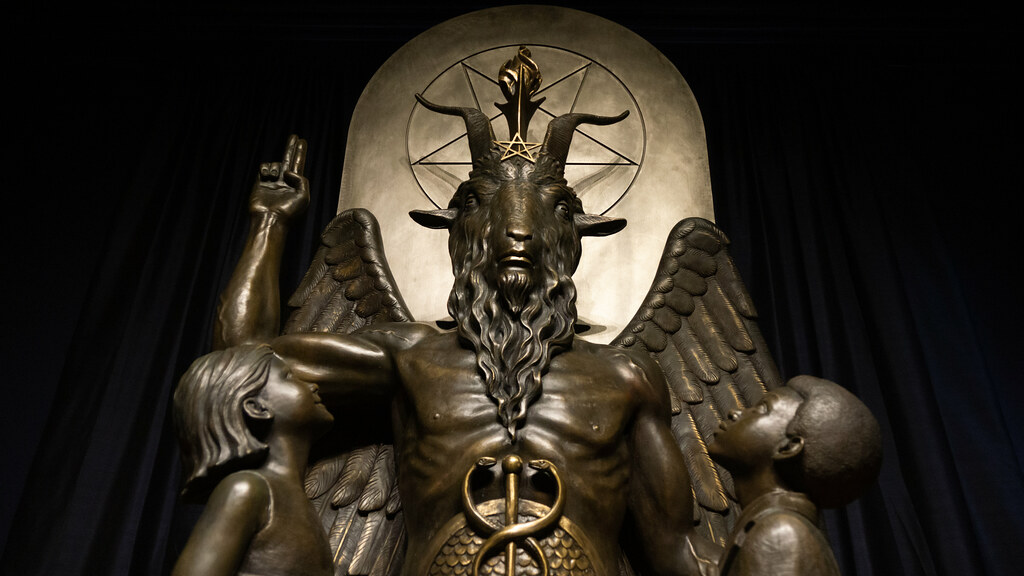 Mitu reports the lawsuit argues that the Texas informed consent laws are “medically unnecessary” and Satanic Temple members such as “Ann Doe” should be exempt.

Among other things, Texas requires abortion facilities to offer women the opportunity to see the ultrasound of their unborn baby, to describe the baby’s image and to wait at least 24 hours after the informed consent session to perform the abortion.

“I am sure Texas Attorney General Ken Paxton … will be proud to see that Texas’s robust religious liberty laws, which he so vociferously champions, will prevent future abortion rituals from being interrupted by superfluous government restrictions meant only to shame and harass those seeking an abortion,” Greaves said.

The Satanic Temple believes that killing an unborn baby in an abortion is a religious ritual similar to communion or baptism for Christians. Last year, the group even raffled off a free abortion to raise money for its pro-abortion work.

In its statement about the new lawsuit, the group compared aborting unborn babies to Catholic Mass, stating: “It is a substantial interference per se for the state to place a regulatory hurdle–one that costs money–in front of a religious exercise. The state might as well tax and regulate Mass.”

News of the lawsuit, filed soon after Texas passed a law prohibiting abortions once an unborn baby’s heartbeat is detectable, attracted praise from abortion activists online.

“The Satanic Temple doing the Lord’s work to protect a woman’s freedom of religion, freedom of body autonomy & blocking the government from placing undue regulatory hurdles, at the woman’s cost in Texas,” one person responded on Twitter.

For years, the Satanic Temple has been suing to challenge pro-life state laws, and so far all of its lawsuits have failed. In 2020, a federal appeals court rejected its attempt at challenging a Missouri informed consent law. In 2019, the Missouri Supreme Court dismissed another one of the Satanic Temple’s lawsuits.

But every time it loses, it tries again with a new approach. Its plan is to challenge pro-life laws based on the Religious Freedom Restoration Act (RFRA), which ensures the government does not unnecessarily interfere with people’s religious freedom.

The Satanic Temple is heavily involved in abortion activism in the U.S. Breitbart once described its work as a “pro-abortion crusade to come to the aid of America’s largest abortion provider,” Planned Parenthood.

Years ago, former satanist Zachary King told the Lepanto Institute that the cult performs satanic rituals inside abortion facilities. King said participating in abortions is particularly important for satanists because it is considered the best way to give an offering to Satan.