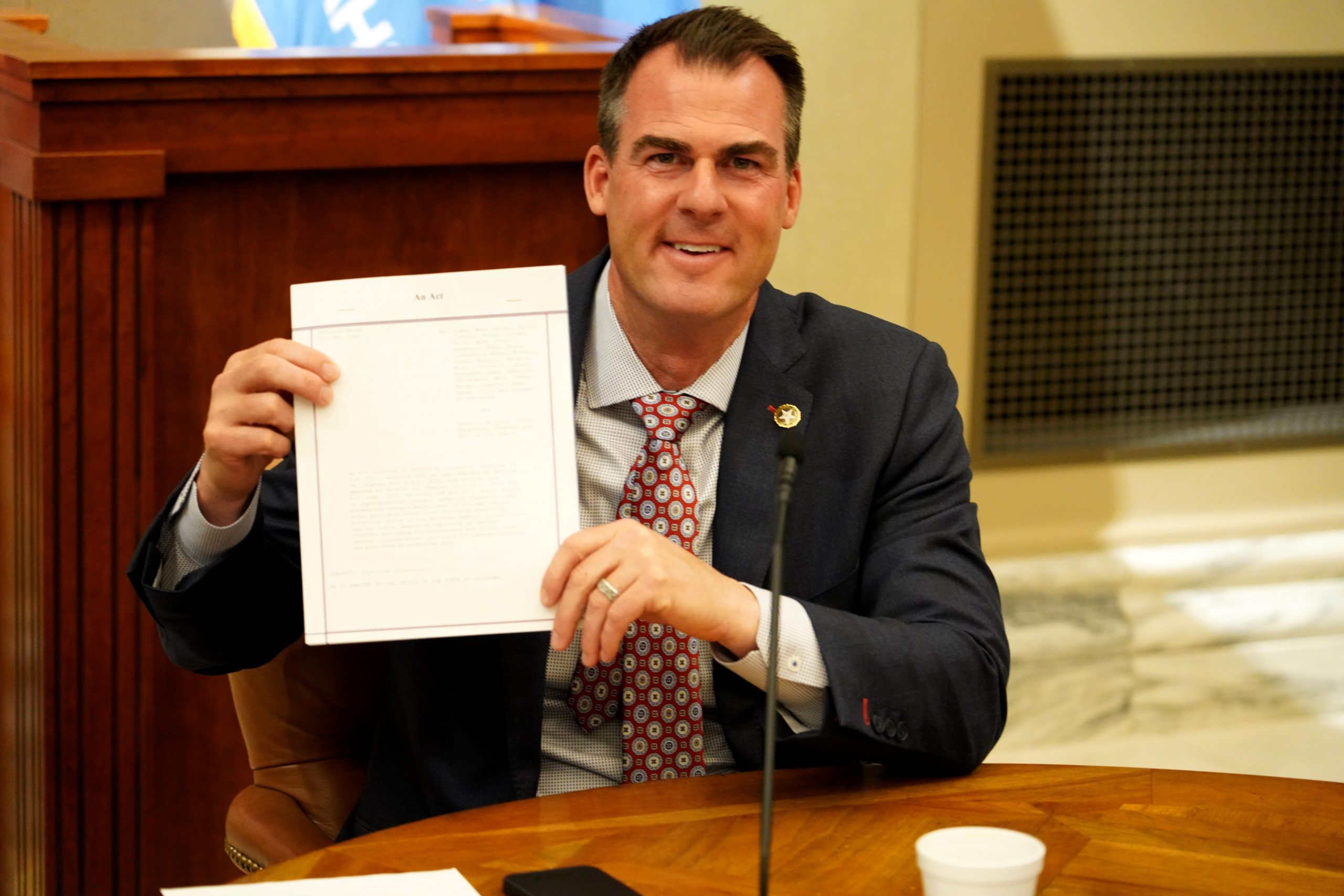 Protecting unborn babies and mothers from abortion has been a priority for Oklahoma Gov. Kevin Stitt.

The Republican governor recently earned the distinction of signing more pro-life laws “in a single session than a governor has in at least the last five years,” according to The Frontier.

This spring alone, Stitt may sign as many as six pro-life bills into law. He already signed four of them, and two more just passed the state legislature, the report states.

“I am proud to be called the most pro-life governor,” Stitt wrote on Facebook when he signed the laws. “I will continue to keep my promise and sign every piece of pro-life legislation that hits my desk.”

Stitt also signed a law requiring that abortions be done by doctors who are certified OB-GYNs and another that adds abortions to a list of unprofessional conduct actions by doctors.

Some of the laws may not go into effect immediately. The abortion industry has sued to block heartbeat laws across the country, and none currently are in effect.

Two more pro-life bills passed the Oklahoma legislature this week to place safeguards on dangerous abortion drugs and establish a state-certification system for chemical abortion drugs to be overseen by the state’s Board of Pharmacy. Stitt is expected to sign them soon.

Those are just the pro-life measures that have passed this year. According to the report: “Oklahoma is among the top three states in the nation for the number of abortion restrictions enacted since 1973, said Elizabeth Nash, a state policy analyst for the Guttmacher Institute …”

State health statistics indicate that these laws are saving babies’ lives. The most recent state health report on abortion found a 35-percent drop in abortions between 2006 and 2019. There were 4,424 abortions reported in 2019.

Stitt’s and state lawmakers’ actions are attracting praise from pro-life leaders. Susan B. Anthony List state policy director Sue Liebel thanked the governor and other state leaders this week for passing laws that will protect mothers and babies from abortion.

“Oklahoma joins states across the country in passing a groundswell of laws that save unborn lives from abortion,” Liebel said. “As the Biden-Harris administration attempts to exploit the dwindling COVID-19 pandemic and turn every post office and pharmacy into an abortion center, states like Oklahoma are taking steps to ensure women know the facts about these dangerous abortion-inducing drugs.”