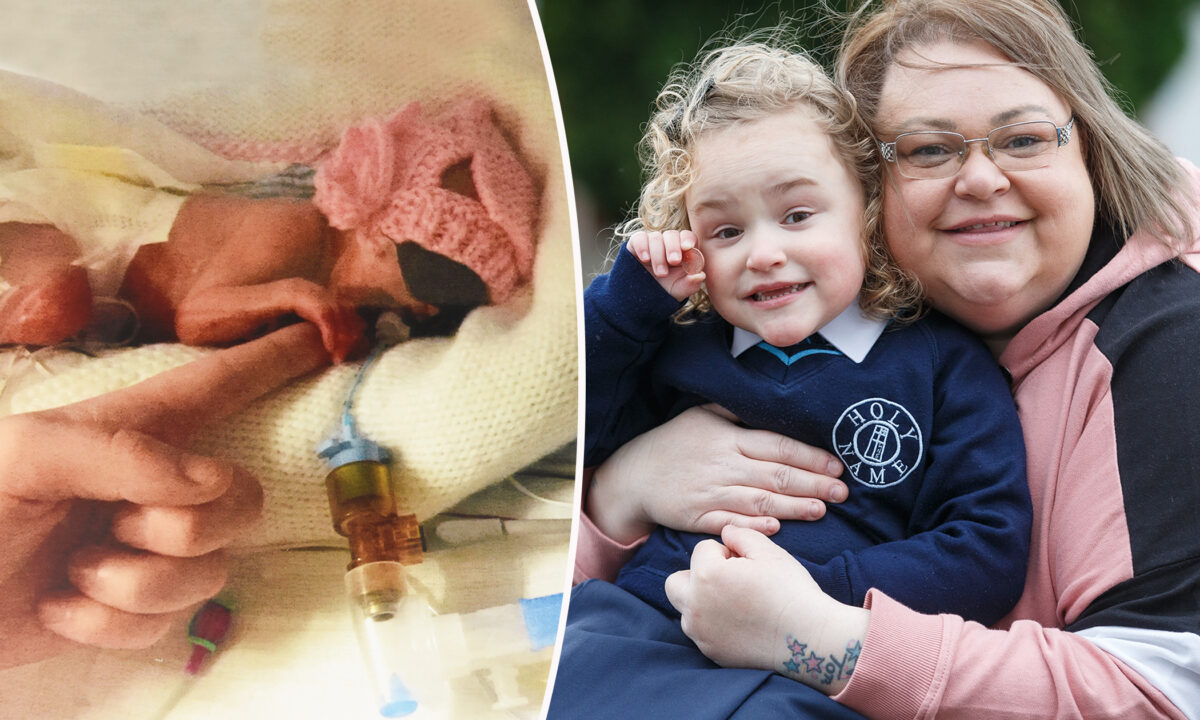 Doctors told Francesca Bradley-Curran’s parents that she never would walk or talk.

Born prematurely after just 24 weeks of pregnancy, the tiny British girl had feet the size of a penny and a slim chance of survival, The Epoch Times reports.

But she did survive, and, five years later, she is both walking and talking, her parents said.

“It’s crazy to think that the doctors told us even if she did survive she would never walk or talk, but now we can’t get her to sit still or be quiet,” her mother, Victoria Bradley, said.

When Francesca was born, she weighed only 1 pound, 6 ounces, according to the report. In England, the legal abortion limit is 24 weeks of pregnancy, and she was born just 48 hours after the cut-off.

Bradley, of Liverpool, Merseyside, England, remembered that “it was such a scary time” because they did not know if their daughter would live or die.

Each time, however, Francesca fought through the battle and won.

“Every day I look at her and think she is my walking, talking miracle,” her mother said. “From the minute she opens her eyes, she’s a constant ball of energy.”

Bradley said her daughter began school last fall, and she does not look like she once was premature. She said Francesca wears clothing two years above her age group, according to the report.

“I showed her a video that came up on my Facebook memories of her when she was born and she realizes that she was very ill and very small,” her mother said.

“She saw another video where someone called her the baby with the penny-sized feet and she asked me ‘why do they think I have penny feet,’” Bradley continued. “I explained that we had put a penny next to her feet when she was born and she decided to lay down next to one and I think it made her realize just how small she really was.”