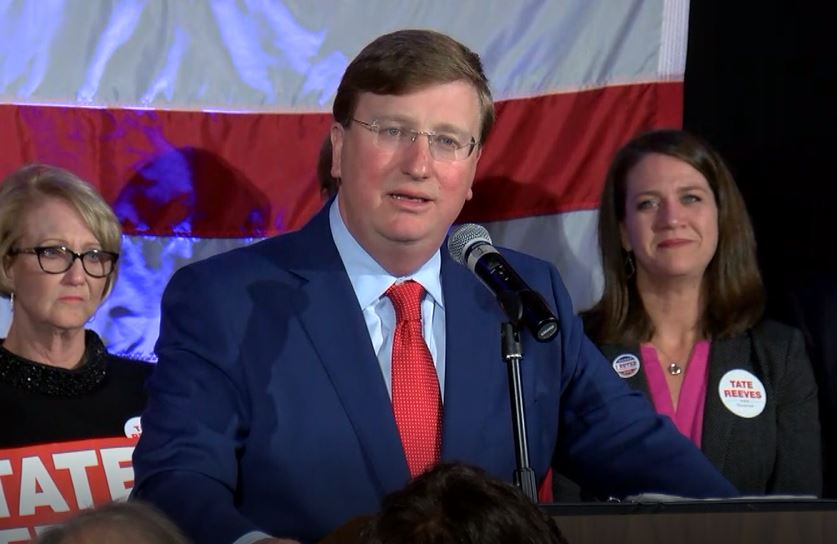 Mississippi Gov. Tate Reeves celebrated his state’s opportunity to defend unborn babies from abortion in front of the U.S. Supreme Court, saying there is no question that “we need to protect these unborn children.”

On Tuesday, Reeves spoke with Greg Kelly Reports on Newsmax about the justices’ decision to consider a 2018 Mississippi law that bans abortions after 15 weeks of pregnancy.

“It’s a great day for those of us who believe in protecting the sanctity of life,” Tate said. “This gives us an opportunity to get before the Supreme Court and present the facts.”

At issue in the case Dobbs v. Jackson Women’s Health Organization is the question of “whether all pre-viability prohibitions on elective abortion are unconstitutional.”

Many believe the case is a direct challenge to Roe v. Wade and could be used to overturn it.

Because of Roe, more than 62 million unborn babies have been aborted in the U.S. The ruling forces states to legalize the killing of unborn babies in abortions without restriction all the way up to viability, though some states allow abortions up to birth. The U.S. is one of only seven countries in the world that allows elective abortions after 20 weeks of pregnancy.

Reeves urged the justices to reconsider Roe now that society has a better understanding about unborn babies’ development.

“We know so much more today about when the heartbeat begins in unborn children, and we can detect that,” he told Newsmax. “We know the rate at which the brain develops today. We know when the lungs have reached their main airways, and we know when babies begin to practice breathing because of that.”

By 15 weeks, an unborn baby “has functioning organs, nerves and muscles,” according to the Mayo Clinic. Unborn babies at this stage have been observed yawning, swallowing and even sucking their thumbs. Their heartbeat and brain waves are detectable, and their reproductive organs are developing.

Reeves said the science makes it clear that these babies are valuable human beings who deserve protection under the law.

“I would personally like to see Roe v. Wade overturned; that’s something that’s important, but that’s not the specific issue here,” he continued. “This is about late-trimester abortions, and it’s about can the baby live outside the womb.

Polls consistently show that most Americans want abortions to be illegal or strongly limited. A May 2020 Gallup poll found that 55 percent of Americans said abortion should be legal “only in a few circumstances” (35 percent) or “illegal in all circumstances” (20 percent). Similarly, a January Maris/Knights of Columbus poll found that 76 percent of Americans (including 55 percent who identify as pro-choice) support strong limits on abortion.