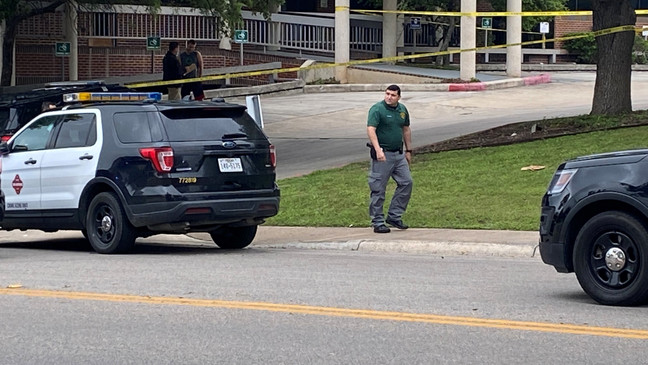 A pro-life sidewalk counselor is being credited with saving a woman’s life after stopping a man who was firing a gun at her Saturday outside an abortion facility in San Antonio, Texas.

News 4 San Antonio reports police said a male pro-life advocate pulled out his pistol and fired at the shooter, possibly wounding him, before the shooter fled the scene.

“He absolutely saved this young lady’s life,” San Antonio Police Department spokesperson Chris Ramos said of the pro-life advocate. “He did something a reasonable person would do and he saw someone engaged in a shooting and he stepped in and intervened and stopped that shooting from occurring.”

KSAT News reports no one was injured, and police believe the pro-life advocate’s quick response is the reason. Police said several bullets did hit the abortion facility.

According to police, they received a call about an active shooting around 8:30 a.m. Saturday outside the Alamo Women’s Reproductive Center, an abortion facility.

Police said the woman drove up and started walking into the abortion facility when the suspect jumped out of her trunk and began shooting at her.

Pro-life sidewalk counselors who were standing nearby saw the incident and quickly responded. Police said one man, who has a concealed carry permit, fired his pistol at the suspect and may have wounded him. The pro-lifer is not named in reports.

Police said the suspect immediately fled the scene. On Sunday evening, police told the local news that they were still looking for the suspect; however, they believe they found his gun.

“I mean, she almost got killed. He saved her life,” Padilla said. “Yeah, yeah, he’s brave.”

Padilla said he and other pro-life advocates frequently stand outside the abortion facility, hoping to encourage mothers to choose life for their babies.

“We want to convince women that it’s not the best choice to kill their baby,” he told the local news.