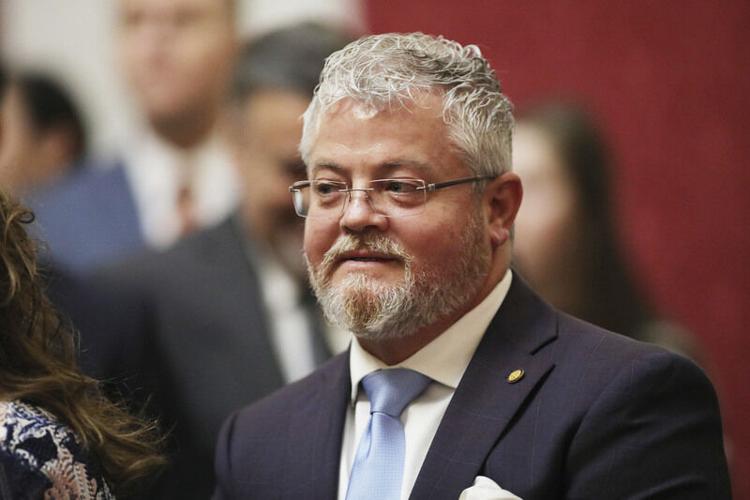 Pro-life voters are leaving the Democratic Party in growing numbers as its leaders abandon all common ground to court donations from the billion-dollar abortion industry.

Bates, who was elected as a Democrat to the state House in 2014 and re-elected in 2020, has a pro-life voting record, according to the report. Though he did not mention abortion specifically in his statement, he said the Democratic Party no longer represents the “priorities, values or beliefs” of many voters.

“At a national level, the controlling interests and leadership of the Democratic Party continue to pursue positions that alienate and anger voters in rural parts of the country and don’t reflect the priorities, values or beliefs of the people in West Virginia,” Bates said in a statement. “This is not changing and appears to be getting worse, not better.”

He said his switch to the Republican Party reflects a growing trend in his district. In the past three years, he said 30 percent of voter registrations in Raleigh County have swung from Democrat to Republican.

“After much prayer and deliberation during and following the 2021 legislative session, I have made the decision to ensure I best represent the interests of the people of the 30th District, Beckley and Raleigh County and that I do so as a member of the Majority Party,” Bates said.

A growing number of lawmakers and voters are leaving the Democratic Party, many pointing to its abortion extremism as a reason. In April, North Las Vegas Mayor John Lee also switched from Democrat to Republican because he believes unborn babies should be protected from abortion.

“When you’re a pro-life Democrat, a pro-gun Democrat, and you’re a very conservative person, that’s not really well known in the Democratic party anymore. And so for me to hang on as long as I did hoping the party would change, it didn’t. It got worse,” Lee, a life-long Democrat, told Fox & Friends.

Other prominent individuals who have left the party include New Jersey Congressman Jeff Van Drew, Catholic Bishop Thomas Tobin, the mayor of Quincy, Massachusetts, a Louisiana state representative, an Arkansas representative, a Texas state lawmaker and his daughter, a Philadelphia political activist and a pro-life leader. Voters also have been leaving and publicly voicing their frustration with the party, including many Hispanic voters.

The rights of unborn babies is a key issue for many who have left. Most Americans, religious or not, disagree with the Democratic Party platform, which supports abortions without limits up to birth and demands that taxpayers pay for them.

Democrats for Life of America estimates that about one in three Democrats are pro-life. Last summer, its leaders expressed frustration that President Joe Biden has not done anything to appeal to pro-life voters. Quite the opposite, Biden embraced an even more radical pro-abortion agenda on the campaign trail, calling for taxpayer-funded abortions and the “codifying” of Roe v. Wade into federal law.

Since taking office, Biden has become the most radical pro-abortion president in U.S. history.

Perhaps his most egregious and dangerous action to-date is his administration’s decision to stop enforcing FDA safety regulations for abortion drugs. Now, the abortion industry can sell abortion drugs through the mail without ever seeing the woman in person. The move puts women at greater risk as well as their unborn babies.

In April, the Biden administration restored taxpayer funding to research that uses aborted baby body parts, a reversal from the Trump administration. He also got rid of the Mexico City Policy and restored tens of millions of taxpayer dollars to the International Planned Parenthood Federation.

Now, Biden and Democrat leaders are trying to pass the Equality Act, which would strip away conscience protections for pro-life medical workers and create a “right” to demand an abortion. Democrats in Congress also are trying to end the Hyde Amendment and force taxpayers to pay for abortions.