South Texas saw both a liberal decline and a conservative surge during the 2020 election, the New York Times reported, a surge that has emboldened Republicans hoping to win in Latino communities throughout the United States. Hispanic female Republicans are stepping up to the plate, the publication reported.

“I am starting to see this need to connect with the Hispanic community and let them know nationwide that it’s the Republican party that offers opportunities,” Adrienne Pena-Garza, chair of the Hidalgo County Republican Party, told the DCNF.

Pena-Garza grew up in Texas as the daughter of a Democratic state legislator who switched parties and became a Republican around 2010. Pena-Garza told the DCNF that her father’s community reacted very strongly to his switch, noting that he had been beloved as a Democrat but was treated with incivility as a Republican.

But Pena-Garza also switched parties, concerned by the policies and talking points she was witnessing from Democratic lawmakers.

“Things have shifted dramatically,” she said.

De La Cruz-Hernandez told the DCNF that she was first registered as a Democrat but switched to the Republican party because her “values changed.”

“I grew up as a strong Catholic,” she said. “This area has got strong Catholic roots today, Christian roots. Being pro-life and pro God was very important to me as an individual. And my family is a family that has served its country. My grandfather served in World War II and in the United States Navy, and my brother served 20 years honorably in the United States Air Force. I saw that the Democrat party was just moving quickly to the left and towards socialism. And those just did not did not align with my values any longer.”

“The Hispanic culture really aligns with pro-life, pro God, and pro country,” De La Cruz-Hernandez said. “Those are the values of the Republican party. Democrats have just simply gone too far to the left and towards socialism.”

Both De La Cruz-Hernandez and Pena-Garza criticized President Joe Biden’s administration’s policies that have allowed so many migrants to cross the border into the United States in recent months. 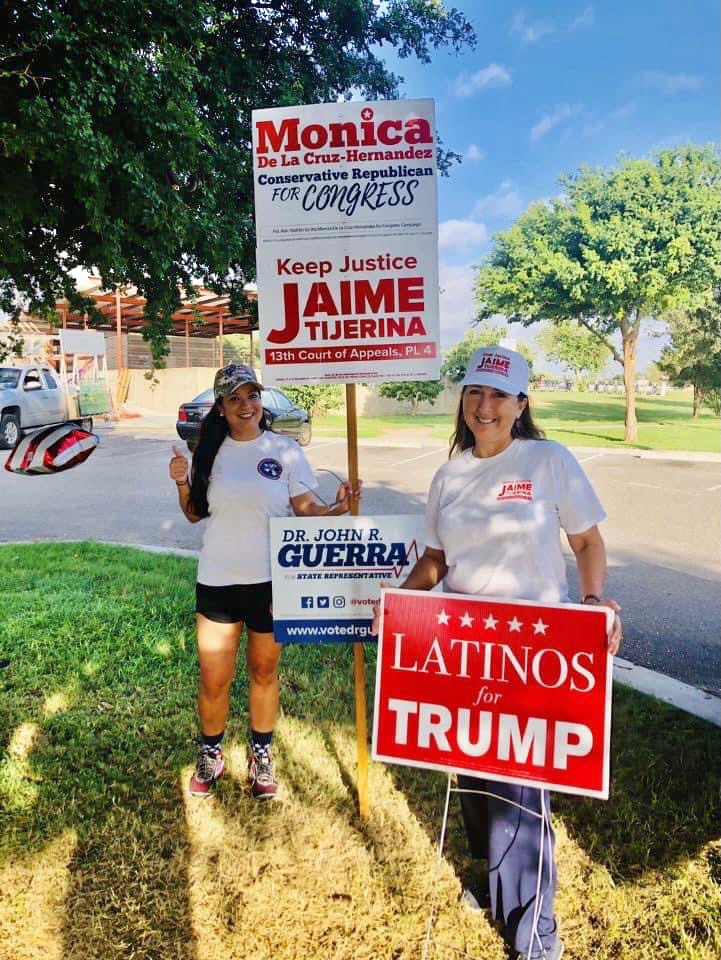 “I love this country,” De La Cruz-Hernandez said. “I want to see this country protected and that protection to come through strong borders and law and order. And what President Biden has done is essentially opened our borders down here in South Texas. And so we need to immediately implement the rules and policies of the previous administration, which includes to build the levee wall that the previous administration had, to re-install the Remain in Mexico Policy and to stop the Catch and Release System.”