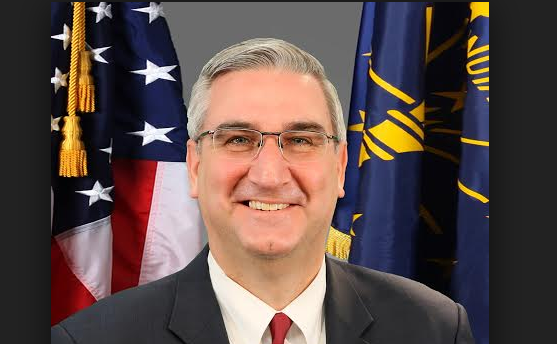 During the height of the COVID situation, state and local governments across the country made the decision to close churches or lace severe limits on houses of worship that made it nearly impossible for people to attend and worship.

The onerous limits on churches were enforced in some extreme cases with pastors going to jail, Christians getting fined for attending and, in some cases, fences or other blockading devices were placed around churches to prevent people from attending. meanwhile, abortion businesses were allowed to stay open and continue killing babies in abortions.

Today, the governor of Indiana signed a bill to ensure that churches don’t face the same discrimination again in future emergency situations.

Gov. Eric Holcomb’s signed SB 263, a bill sponsored by Sens. Eric Koch, Liz Brown, and Aaron Freeman that ensures churches and other religious organizations are allowed to remain open during a state of emergency on the same terms as other businesses and services.

“Houses of worship and religious organizations provide soul-sustaining operations that are essential to our society and protected by the First Amendment,” he said.

Chafuen noted that the Supreme Court has rpeatedly struck down heavy-handed COVID limits on churches.

“While public officials have the authority and responsibility to protect public health and safety, the Supreme Court has made clear that the First Amendment ‘cannot be put away and forgotten’ even in a pandemic,” he said. “This means that the government can’t treat churches worse than shopping centers, restaurants, or gyms without violating the Constitution. We commend Gov. Holcomb and the Indiana Legislature for making it clear that officials cannot use a public crisis to discriminate against religious operations.”

In March, a federal judge ruled that D.C. Mayor Muriel Bowser’s numerical and percentage cap restrictions on churches “discriminate against houses of worship.”

Judge Trevor McFadden, nominated by President Trump in 2017 to the U.S. District Court for the District of Columbia, ended the 250-person cap and 25 percent limit on church services stating that the attendance restrictions are unconstitutional and an outlier in comparison to the rest of the country.

And in February, the Supreme Court issued an injunction stopping California’s ban on indoor worship in churches, synagogues, and other houses of worship, that it claimed were dangerous because of the coronavirus.