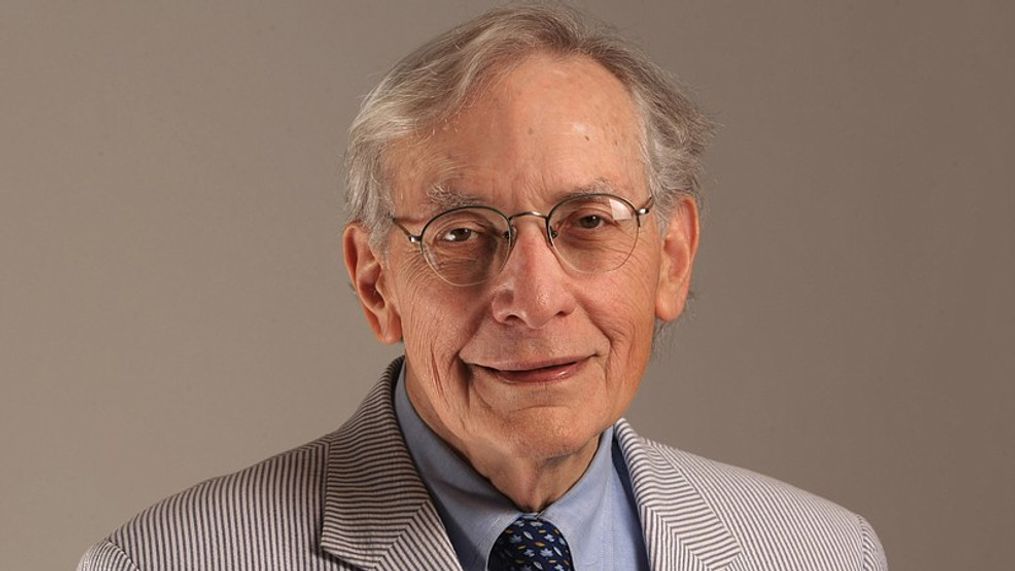 It was a very brief mention this morning, and I hope and trust that the Arkansas Democrat-Gazette will run a lengthy tribute to Mr. Greenberg, who died Tuesday. He was a hugely influential opinion-molder and ought to be recognized as such.

In 1969, Mr. Greenberg won a Pulitzer Prize for editorial writing for the (Pine Bluff) Commercial and was a Pulitzer finalist in 1978 and 1986.

In 1992 he moved to the Arkansas Democrat-Gazette to be the editorial page editor of the state’s largest and most influential newspaper. Mr. Greenberg was also the beneficiary of many, many other awards for journalistic excellence too numerous to list.

The Chicago Tribune once described Mr. Greenberg as “one of the most respected and honored commentators in America” and “An exceptional craftsman, he gives readers an aesthetic as well as political experience and has evoked comparisons to H.L. Mencken and William Allen White.”

All of that is true, and more.

I have written more than once about Mr. Greenberg, who spoke both at National Right to Life Conventions and the convention of Arkansas Right to Life, NRLC’s state affiliate. Typically I would be borrowing from one of many extraordinary insights on his part.

For example, “How to Think”, an extraordinary post.  I suspect I am only one of innumerable readers whose ability to reason about abortion and to cut through the pro-abortion fog was heightened by his deft ability to reason.

Another illustration. He once wrote a column which carried the headline, “The root of confusion.” The heart of this opinion piece was to illustrate the pretzel-like shape defenders of sex-selection abortions are forced into when they justify taking a child’s life for one reason and one reason only: she (and it is always a “she”) is the “wrong” sex.

He used a fellow columnist who tried to have it both ways –be a good “liberal”  concerned for the weak and the powerless– but bow down to Planned Parenthood which always has and always will strongly opposes a ban on sex-selection abortions. The columnist eventually weaseled out, expressing no opinion of his own and asking what his readers thought.

Greenberg let him know what he thought of that:

“It’s the besetting sin of American opinion writing. I’ve lost count of the number of opinion pieces I see that have no opinion. Instead they weave all around some controversial question — like abortion, for example — without ever taking a clear stand.

“Our conflicted columnist’s big problem, his ethical dilemma, was symptomatic of those who don’t go back to first principles and think the abortion issue through. They don’t make the connection between the right to life and all the others subsidiary to it, like the right to equal treatment under the law.”

Greenberg’ works eloquently reinforced that foundational principle: if you “Deprive the most innocent of life”—if you abort them, regardless of reason—“they will never be able to exercise any of the others.”

With relentless precision, he drove home what ought to obvious, but is often overlooked–the quote we began this post with:

“The right to life must come first or all the others can never take root, much less flourish. As in the Declaration of Independence’s order of certain unalienable rights, among them ‘life, liberty and the pursuit of happiness.’ Note which one is mentioned first. And for good, logical reason.”

Ronald Reagan once said something I will never forget: “There are no easy answers but there are simple answers. We must have the courage to do what we know is morally right.”

Greenberg adds his own flourish to this insight in his final paragraph of that post:

“Those who think of abortion as an oh-so-complicated question pitting many equal, competing rights against one another don’t see — or maybe just don’t want to see — that a society that can abrogate the right to life can abrogate any right. For if we don’t have a right to life, we have no rights whatsoever.”