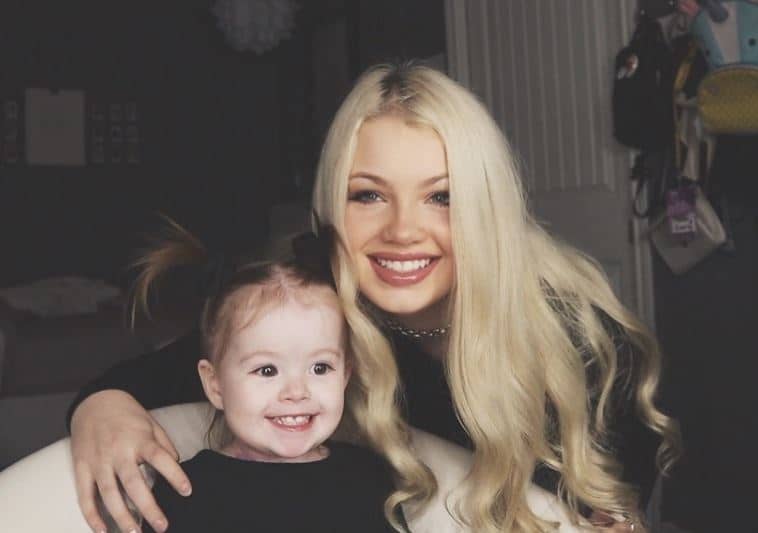 Maddie Lambert could have chosen the “easy” way out when she became pregnant at just 14 years old. Rather than face the shame and stigma of being a teenage mom, she could have listened to society and aborted her unborn baby.

But the Fort Worth, Texas teenager knew that society’s way was not the best way.

Almost four years ago, she chose life for her daughter, Everly. Now, she credits her young daughter with saving her life, The Daily Mail reports. Today, Lambert is a YouTube star who shares her struggles and joys as a teen mom with more than 1.5 million followers.

Lambert recently told the YouTube channel Truly about the cruel comments she received and the mockery that she faced while pregnant with her daughter.

“People would say, ‘You’re ruining your life,’” she said. “I had people send me the address to abortion clinics when I was about seven months pregnant.”

In school, she said her classmates would make fun of her and mock her for being pregnant.

“Somebody even messaged me saying, ‘I hope you guys die in labor,’” the now 17-year-old said. “The hate made me want to do better; it made me want to show them that I’m going to be the best mom ever, even though I’m young.”

Lambert admitted that she did consider both abortion and adoption while pregnant with Everly. She said her ex-boyfriend, who was 15 at the time, was not supportive at first, and she was afraid.

Looking back, she realized that she herself had “looked down on teen moms” because shows like MTV’s Teen Mom portray them in a “really negative” way.

“When I actually got pregnant, I was so scared of the reaction I was going to get, and I did get a lot of negative reactions, a lot of hate,” Lambert said. “Everybody had something to say, and they didn’t hold back.”

The thing that convinced her to choose life was seeing her daughter on the ultrasound screen.

“Literally the second I looked at that ultrasound screen I knew I can’t give up this baby,” she said.

Many people told her that having a baby would ruin her life, but Lambert said Everly, now 3, did the exact opposite.

“Everly didn’t only change my life, she saved my life,” she said. “I struggled with depression before. I had a suicide attempt when I was 13 before I got pregnant with Everly. I was having trouble finding my place on this Earth and why I was here. When I found that I was pregnant with her, it gave me a reason to fight.”

“So many people assume I’m a bad mom just because I’m a teenager, but I have the same capacity to parent as anybody …” she said. “A good mom is someone who drops everything for their child — I dropped my whole childhood.”