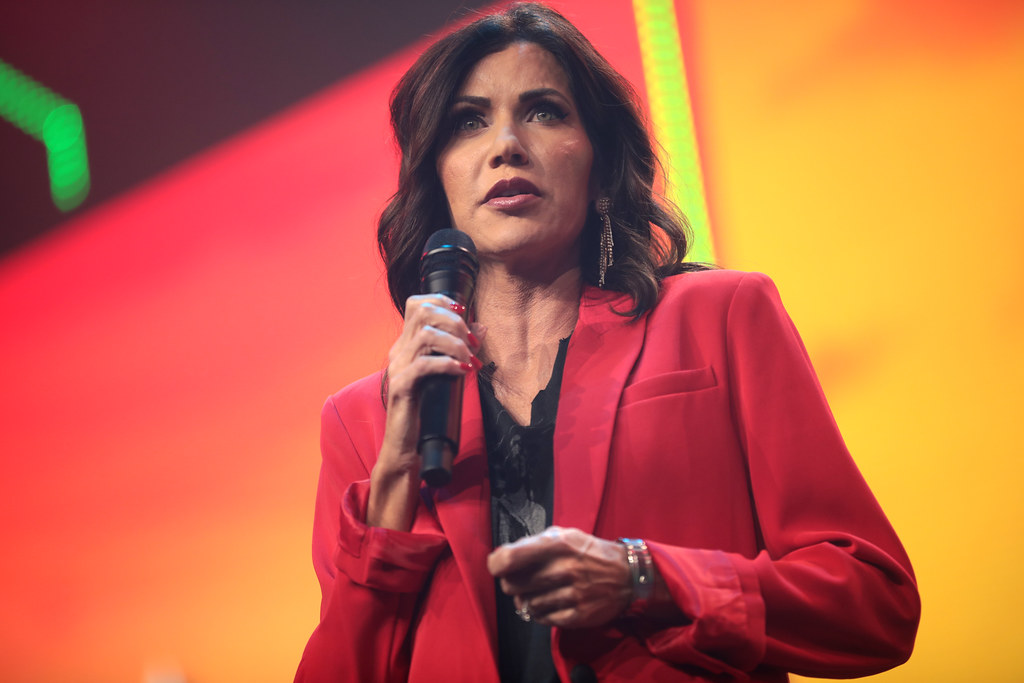 Every child, born and unborn, has just as much of a right to life as any of us. That’s true even for children with an extra chromosome.

It’s true for Valentina Duffy, the youngest daughter of former Rep. Sean Duffy, R-Wis., and his wife, Rachel Campos-Duffy. Valentina recently celebrated her first birthday and was a guest of honor at the annual South Dakota State of the State address in January.

Valentina also happens to have an extra chromosome. Difference, however, should never be a death sentence. Children with Down syndrome deserve to be showered with love and protected in the law, whether or not they are already born.

To protect children like Valentina, South Dakota is banning abortions that are based on a prenatal diagnosis of or test indicating possibility of Down syndrome.

The sad reality is that many babies like Valentina never make it to their first birthday. Researchers estimate as many as two out of every three unborn babies diagnosed with Down syndrome in the United States each year are aborted.

Moreover, prenatal diagnostic testing for Down syndrome can be conducted at least as early as 10 weeks into a woman’s pregnancy. Unfortunately, information from that test far too often leads to discrimination against unborn babies who happen to have the condition.

Tragically, developed nations like Iceland and Denmark have almost completely eliminated people with Down syndrome through selective abortions. This process happens through medical screenings and often through pressure applied by doctors and others who assume no one would want a child with Down syndrome.

In America, where life, liberty and the pursuit of happiness are foundational promises, no child should face discrimination. No mother should ever be pressured to have an abortion due to outdated stereotypes about what and who is “normal” or the potential of a life with Down syndrome.

For that matter, no mother should ever be pressured into ending a child’s life. Instead, our country and the world should acknowledge the inherent worth and dignity of every human person, born and unborn, regardless of preexisting conditions like Down syndrome.

We’re proud to be pushing back against this culture of death and laboring to build a world that values life, no matter the circumstances. The new legislation is part of a broader effort to safeguard women and children.

For example, the South Dakota governor’s office includes an unborn person advocate, a post created by Gov. Noem, whose job is to fearlessly fight to protect both expectant mothers and unborn babies. South Dakotans have also stopped late-term abortions more than halfway through pregnancy, when science shows unborn children can feel pain.

And because we know the immense pressure that mothers in these situations can face, South Dakota passed informed consent legislation requiring abortion businesses like Planned Parenthood to offer women the option of seeing a sonogram and listening to her child’s heartbeat before the life-altering decision to have an abortion.

We fought to ensure abortion businesses aren’t coercing women into having an abortion, and we criminalized the act of causing an abortion against a woman’s will.

We have great hope that, one day, the Supreme Court will remove the shackles imposed by Roe v. Wade. States should finally be allowed to make policy for themselves that reflects their people’s values.

Until the day when abortion is unavailable and unthinkable, we will continue leading the charge to protect the most vulnerable among us and build a culture of life that protects and welcomes every child.

Banning discriminatory abortions is a crucial step in the right direction and paves the way for future progress.

The Duffy family inspires us to continue fighting for this legislation, and we are honored to have their support. We will continue to raise our voices for children like Valentina, who are all too often marginalized in our society, and work to end this lethal form of discrimination.

LifeNews Note: Kristi Noem is the governor of South Dakota. Marjorie Dannenfelser is the president of the Susan B. Anthony List.