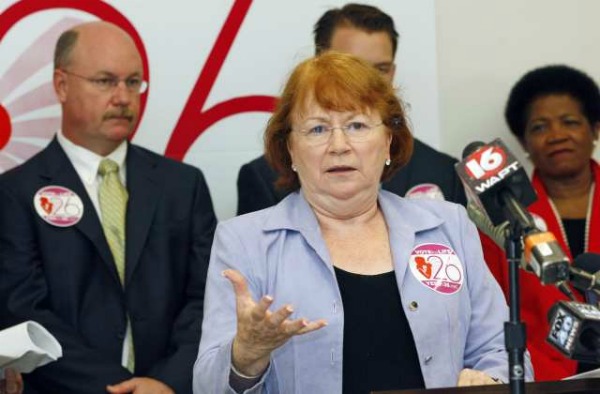 A former abortionist who quit after looking at a 12-week aborted baby’s body said “the grace of God” changed her heart.

Dr. Beverly McMillan of Pro-Life Mississippi shared her conversion story with One News Now this month while praising pro-life actions in her state. Earlier this month, Mississippi lawmakers passed a law to provide resources and encouragement to families of unborn babies with Down syndrome.

Though McMillan has been a pro-life advocate and a Christian for many years, she used to be the opposite. When she was a young doctor, she described herself as an agnostic and an abortion advocate.

After graduating from medical school, she moved to Mississippi and opened a medical practice, according to the report. It was the 1970s, and abortion on demand had just become legal because of the U.S. Supreme Court ruling Roe v. Wade. When an abortion facility opened in Mississippi, McMillan said she began working there.

In a previous interview, she said she made it her goal to become “the world’s best abortionist.”

Then one day, she said she looked closely at the body of a 12-week baby whom she had just aborted, and she began to question what she was doing.

“… I remember very clearly seeing an arm and seeing the deltoid muscle, and it just really struck me that day how beautiful that was,” McMillan remembered. “The thought just flashed through my mind: What are you doing? Here is this beautiful piece of human flesh here, what are you doing?”

She told One News Now that it was “the grace of God” that changed her heart.

“I had an encounter with Christ in 1976,” McMillan said. “I finally realized that maybe God didn’t want me doing abortions, and I resigned from the abortion clinic in 1978.”

She praised Mississippi lawmakers for taking action to protect unborn babies from abortion. The new Down Syndrome Information Act aims to combat the high abortion rate for unborn babies diagnosed with the genetic disorder by requiring medical facilities to provide information and support to parents facing the diagnosis.

“This information is going to be provided by the state health department, and it’s supposed to include physical, developmental, educational, [and] life expectancy outcomes for children with chromosomal abnormalities, treatment options, and also programs that are available to families to give these children the best chance of developing,” she said.

Mississippi also passed a law in 2019 to ban abortions once an unborn baby’s heartbeat is detectable, about six weeks of pregnancy. However, it has been blocked by a court challenge.