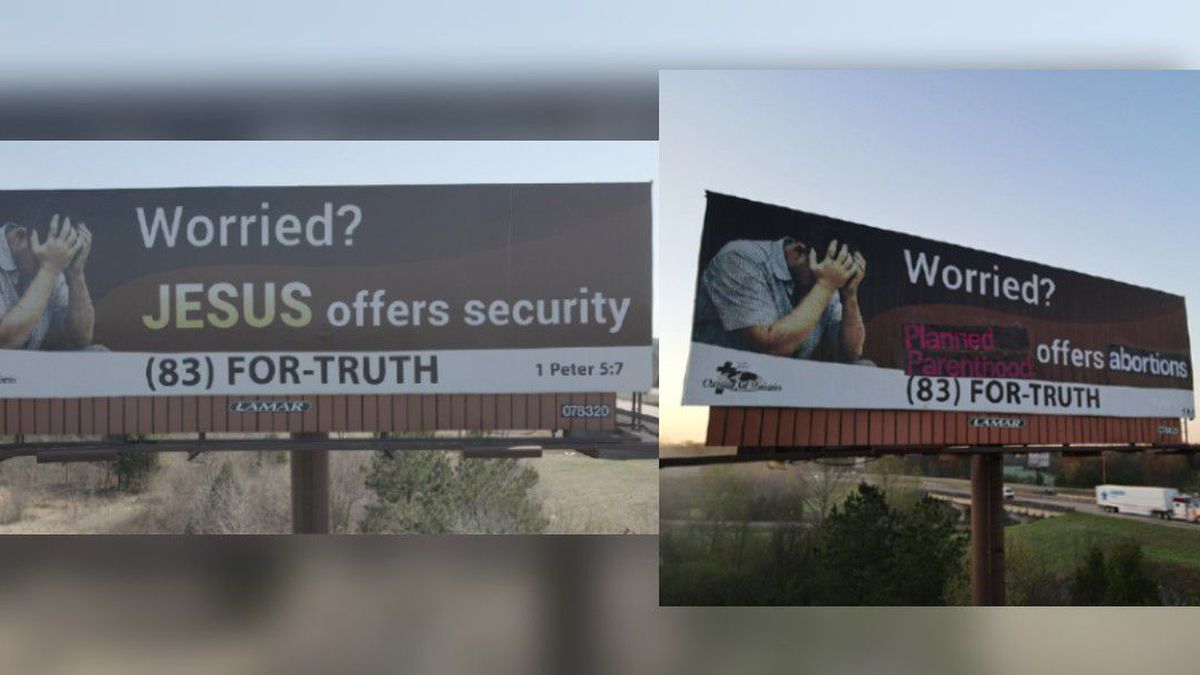 A pro-abortion Mississippi group admitted to vandalizing a Christian billboard this week in reaction to state leaders’ efforts to protect unborn babies from abortion.

WTOK 11 reports Christian Aid Ministries purchased the billboard along Interstate 22 West in Byhalia, Mississippi. The message reads, “Worried? Jesus offers security,” along with a phone number for the ministry.

The pro-abortion group Indecline, which describes itself as an activist art collective, told the local news that it committed the vandalism to attract attention.

“[This] is in direct response to lawmakers throughout the South who continue their attempts to overturn Roe v. Wade,” the group said in a statement.

While admitting that the vandalism is illegal, the collective told WLBT that they believe they need “to take risks” to “get people to pay attention.”

“… we follow in the footsteps of a lot of our idols from civil rights to gay rights activists,” the statement read. “We like to consider ourselves as creative checks and balances. Sometimes you need to go a little further to end up having a conversation.”

It is not clear from the report if police are investigating.

In 2018, Mississippi also passed a bill to ban abortions after 15 weeks when unborn babies are nearly fully developed, and then in 2019, it passed another bill to ban abortions once an unborn baby’s heartbeat is detectable, about six weeks of pregnancy. However, the abortion industry challenged both in court, and the state has been prohibited from enforcing the life-saving laws.

Often, pro-lifers are targets of harassment, threats and violence just because of their advocacy for unborn babies.

LifeNews.com recorded nearly 200 incidents in 2019 and 2020, including a bomb threat during a 40 Days for Life event in Minnesota, the brutal attack of an older pro-life man outside an abortion facility in San Francisco, a pro-life banner set on fire inside a Western Washington University building, and a man charged with pulling a gun on pro-lifers outside a Delaware abortion facility.