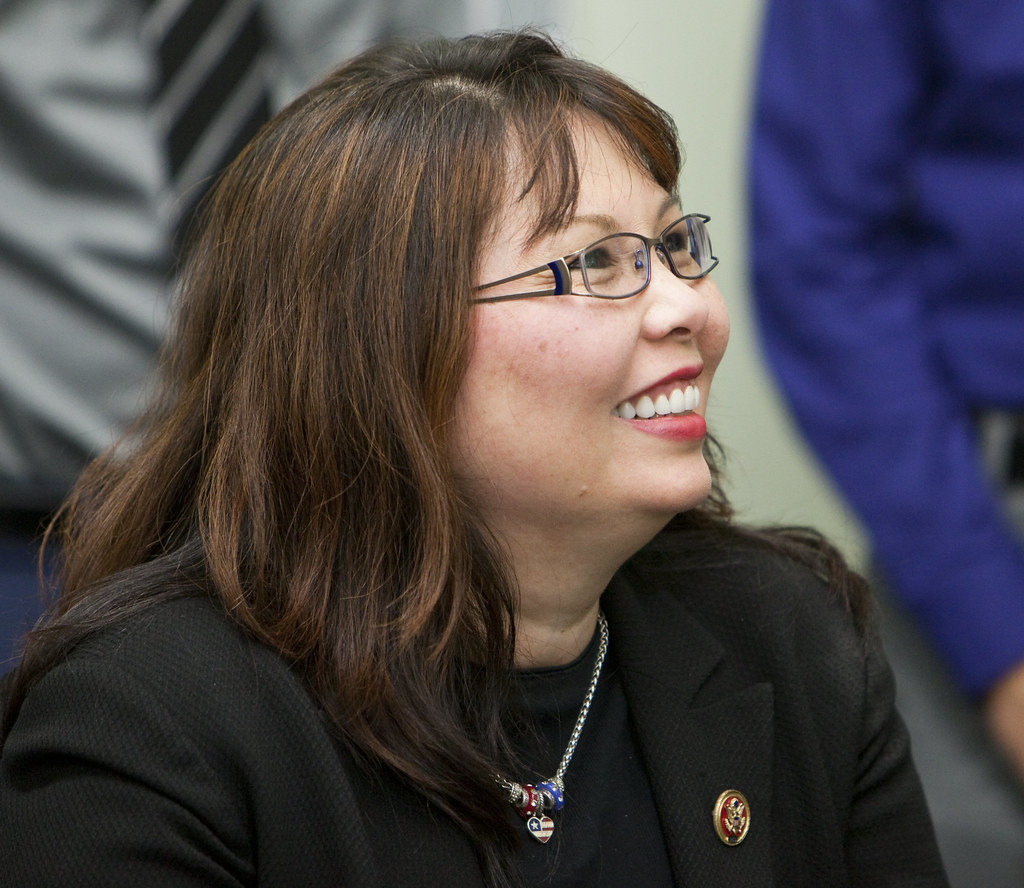 Illinois Senator Tammy Duckworth introduced a bill Thursday to force American taxpayers to pay for abortions, arguing that it would be racist not to.

“This isn’t about what side you’re on in the abortion debate, it’s about equality and opportunity plain and simple,” Duckworth said Wednesday during a press conference. “Whatever you think about the procedure, we should all agree that what’s legal for wealthy Americans should not be so inaccessible for Americans of color and low-income Americans.”

Duckworth and Lee argued that the amendment hurts poor and minority women by making it harder for them to abort their unborn babies.

Research shows that one in four low-income women seeking an abortion are forced to carry an unwanted pregnancy to term when lawmakers restrict abortion coverage under Medicaid. Studies also show that a woman denied an abortion is more likely to fall into poverty than a woman who is able to get one.

“Let’s call this amendment what it is: It’s anti-choice and it’s blatantly racist,” Lee said on the Wednesday call. “We know it disproportionately impacts low-income people and women of color.”

Research also has found that a significant amount of women no longer wished they could have had an abortion just a week after wanting one.

But to Duckworth and Lee, saving unborn babies from abortion is unfair and racist.

The Hyde Amendment has saved about 2.4 million babies from abortions, including about 60,000 annually, according to the Charlotte Lozier Institute. Before the amendment was enacted in the late 1970s, Americans paid for about 300,000 unborn babies’ abortion deaths each year, according to a report from the Family Research Council.

Until recently, the Hyde Amendment had strong bipartisan support in Congress, and it continues to have strong support among most Americans. But now Democrat leaders, backed by the billion-dollar abortion industry, are trying to get rid of it, and the arguments that they are using to defend their radical plan are absurd.

The “racism” that they are describing means more babies born to African American and Latino women, and the “anti-racist” plan that they have proposed would lead to more dead babies in these communities.

Their argument that the Hyde Amendment makes it harder for African Americans to get abortions also does not match the actual data.

While African Americans make up 13 percent of the population, they have 36 percent of all abortions. According to the Guttmacher Institute, the abortion rate among black women is almost five times higher than it is among white women. This suggests that access to abortion is not a problem among African Americans. Quite the opposite, they are aborting their unborn babies at a much higher rate than white and Latino women. It also indicates that African American women and their babies need better pregnancy and parenting support, not more abortions.

Significantly, polling suggests that most Americans – including low-income families who are on Medicaid – do not want taxpayer-funded abortions either.

A 2016 Harvard/Politico poll found that voters who make more than $75,000 were more supportive of forcing taxpayers to fund abortions (45 percent in favor), while those who make $25,000 or less were strongly against it (24 percent in favor). In other words, the people most likely to qualify for a Medicaid-covered, taxpayer-funded abortion are the ones most likely to oppose it.

The Hyde Amendment and other pro-life policies save lives, and most Americans want to see fewer abortions in our country. But radical leftist Democrats in Congress are now openly pushing for more.