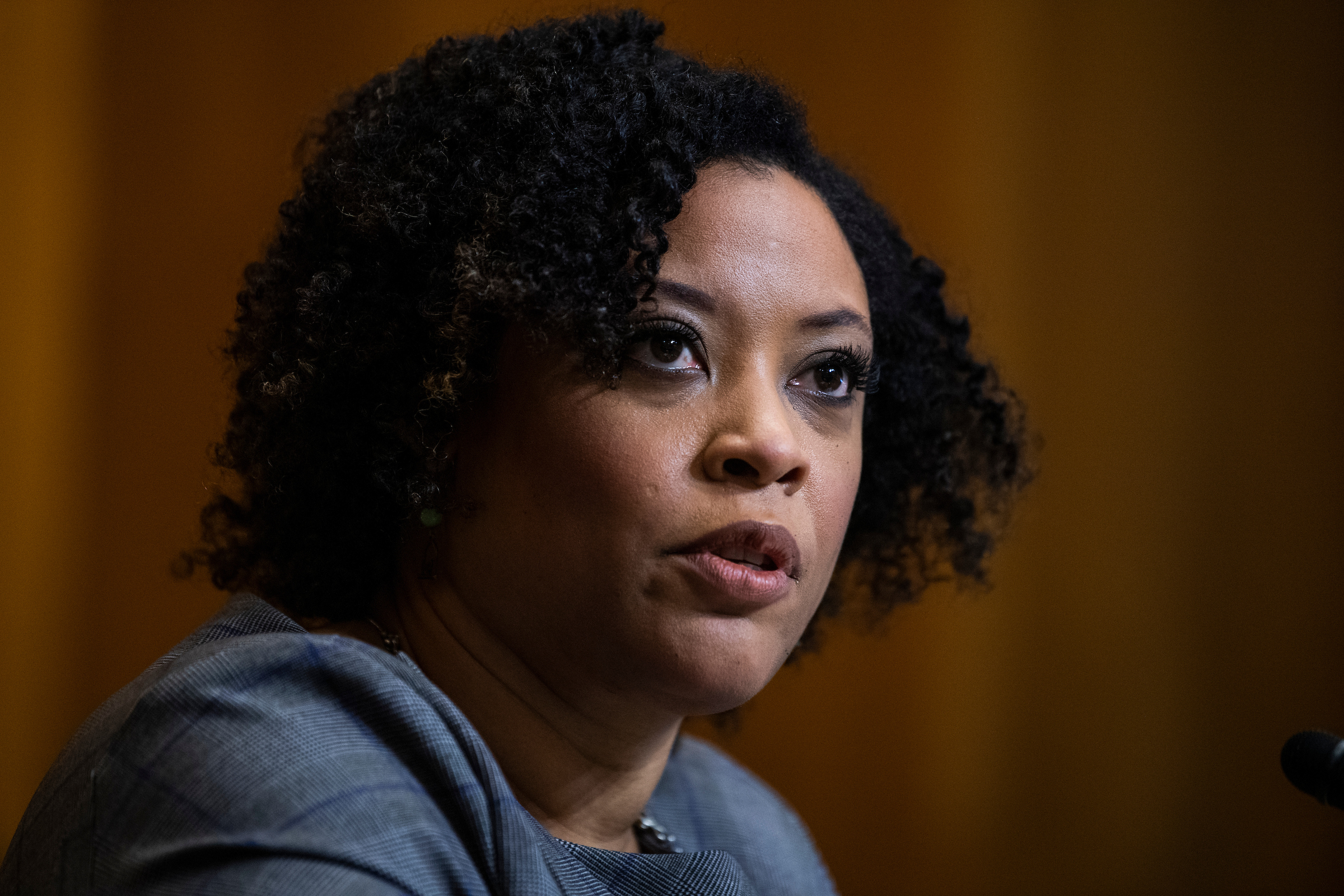 The U.S. Senate confirmed another pro-abortion radical to President Joe Biden’s administration on Tuesday despite strong concerns from pro-life leaders.

Shalanda Young, the new deputy director of the Office of Management and Budget, believes the killing of unborn babies in abortions is “health care” and taxpayers should be forced to fund them.

The Federalist reports the Senate voted 63-37 to confirm Young, with a number of Republicans joining Democrats.

Young officially is the second in command in the budget office, but The Federalist and others predicted that she could be promoted to acting director soon. Earlier this month, Biden’s first choice to lead the office, Neera Tanden, withdrew her nomination, and White House Chief of Staff Ron Klain said Young is “a very serious candidate” for the position.

Earlier this month, several Republicans withdrew their support for Young after learning about her radical pro-abortion position.

Young told the committee that she, like Biden, opposes the Hyde Amendment, which prohibits taxpayer funding for most abortions in Medicaid and other federal programs. She claimed that taxpayer-funded abortions are “economic and racial justice because it most significantly impacts Medicaid recipients, who are low-income and more likely to be women of color.”

U.S. Sen. Rob Portman, R-Ohio, said he could not vote for Young after he found out that she supports taxpayer-funded abortions.

“This is one where our country is so deeply divided on abortion, where we’ve been able to come together and decide, at a minimum, let’s not tell people with a deep view based on their conscience on this, that they have to pay taxpayer funds for abortion,” Portman said after the vote.

Meanwhile, pro-life leaders pointed to statistics that refute Young’s claims. According to Centers for Disease Control data, the abortion rate among black Americans is three times higher than it is among white Americans.

Dannenfelser urged Americans to unite against “the rampant abortion extremism” that is taking over the federal government and work together to protect unborn babies and mothers.

The Hyde Amendment, which has been in place since 1976, prohibits taxpayer funding for most abortions in Medicaid and other federal programs. It has saved an estimated 2.4 million babies from abortions, including about 60,000 each year, according to the Charlotte Lozier Institute.

For decades, the Hyde Amendment had strong bipartisan support, and polls consistently show that most Americans still support it. But Democrat leaders – who have close ties to the billion-dollar abortion industry – recently abandoned the popular position on the issue and now are forcing taxpayers to pay for abortions.

Significantly, a 2016 Harvard/Politico poll also found that voters who make more than $75,000 were more supportive of forcing taxpayers to fund abortions (45 percent in favor), while those who make $25,000 or less were strongly against it (24 percent in favor). In other words, the people most likely to qualify for a Medicaid-covered, taxpayer-funded abortion are more likely to oppose it.

Young is one of a growing list of pro-abortion leaders whom Biden has chosen to help lead the United States. Others include:

Vanita Gupta for the Department of Justice