Woman With Down Syndrome Condemns Abortion: “I’m Not a Devastating Diagnosis or a Crisis Pregnancy” 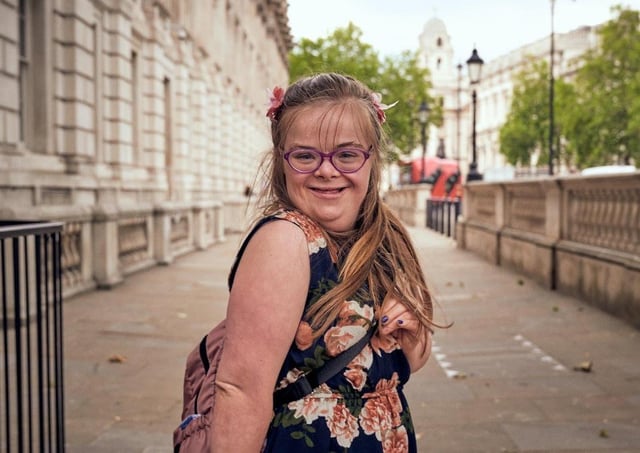 But she does not understand why so many other people in the world don’t.

The 25-year-old British woman is a disability rights advocate who is working to stop discrimination against people who, like her, have Down syndrome.

News Letter reports she recently spoke out against the British government’s push to force Northern Ireland to expand abortions, including on unborn babies with Down syndrome.

The law being imposed on Northern Ireland by England allows unborn babies with “severe fetal impairments,” such as Down syndrome, to be aborted up to birth.

“The reason I feel so strongly about abortion is because I am someone who has Down’s syndrome,” Crowter said. “And I don’t want people to see me as ‘a devastating diagnosis’ or ‘a crisis pregnancy.’”

Crowter, who is married and works a job, said society needs to stop discriminating against people with disabilities.

“I want them to see the real me. I don’t want to be treated differently because of my [extra] chromosome,” she said.

She told the News Letter that the people of Northern Ireland should be allowed to make their own laws. Last week, the Northern Ireland Assembly voted 48-12 to advance legislation that would prohibit late-term abortions on unborn babies with non-fatal disabilities.

Her mother, Liz Crowter, said someone in the Northern Ireland Assembly recently described Down syndrome as a “devastating diagnosis,” but they were wrong.

She told the News Letter: “I am delighted and proud to be [Heidi’s] mum. I am thankful for her and all she does, the joy and amusement she brings to every situation.”

Meanwhile, in the U.S., prominent pro-abortion groups like NARAL and Planned Parenthood argue openly that abortions are ok for any reason, including discrimination against unborn babies with Down syndrome.

The abortion rates for unborn babies diagnosed with the genetic disorder are astronomical. Recent reports in The Atlantic and CBS News found that nearly 100 percent of unborn babies who test positive for Down syndrome are aborted in Iceland, 95 percent in Denmark, 77 percent in France and 67 percent in the United States.

The deadly discrimination is getting worse with advances in prenatal testing. The Telegraph reports a recent article in the European Journal of Human Genetics found that the number of babies with Down syndrome born in the United Kingdom dropped 54 percent since the non-invasive prenatal screening tests became available about a decade ago.

This is despite the fact that, more than ever before, people with Down syndrome are thriving and reaching new achievements. Some even attend college, own businesses and get married. Thanks to modern medical advances and better social support, the life expectancy for people with Down syndrome has increased dramatically in the past 50 years, according to the Centers for Disease Control. Many now live into their 50s and 60s.

Pro-life advocates and lawmakers are expanding information and support services for people with disabilities as well. Earlier this month, Mississippi Gov. Tate Reeves signed a pro-life law to provide more support to families whose unborn babies have been diagnosed with Down syndrome.