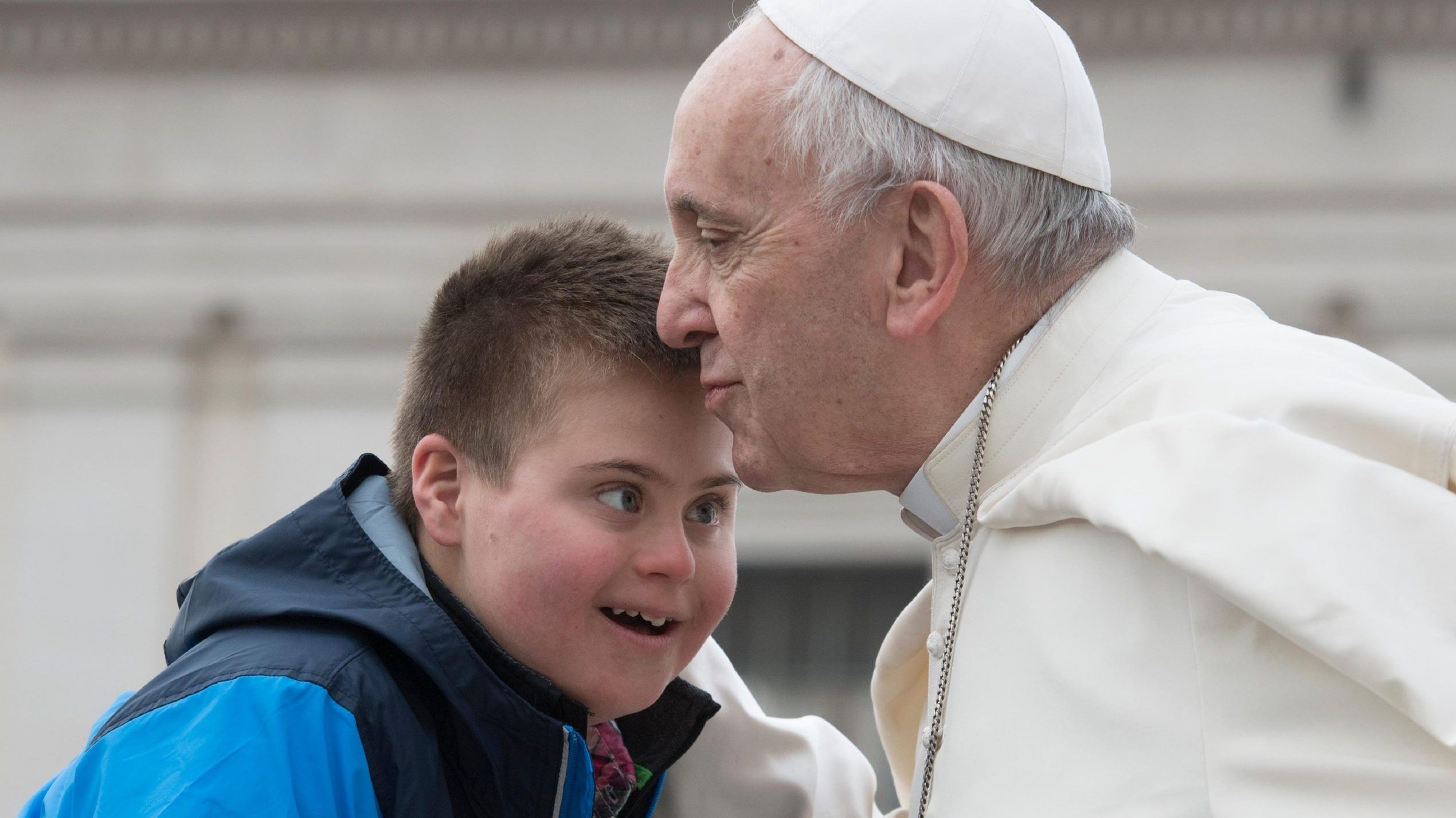 Pope Francis celebrated World Down Syndrome Day on Sunday by recognizing that every child, born and unborn, is a gift to the world.

“Every child who a woman expects in her womb is a gift that changes a family’s history: the life of fathers and mothers, grandparents and of brothers and sisters,” the pope wrote on Twitter.

More than ever before, people with Down syndrome are thriving and reaching new achievements. Some even attend college, own businesses and get married. And while society has become more accepting and supportive of people with disabilities outside the womb, the same cannot be said of those diagnosed with disabilities before birth. The abortion rate for unborn babies with Down syndrome is nearly 100 percent in some countries, and parents frequently report feeling pressured to abort “imperfect” babies.

Responding to this deadly discrimination, Pope Francis urged society to value children of all abilities.

“That child needs to be welcomed, loved and nurtured. Always! #WorldDownSyndromeDay,” he wrote.

Thanks to modern medical advances and better social support, the life expectancy for people with Down syndrome has increased dramatically in the past 50 years, according to the Centers for Disease Control. Many now live into their 50s and 60s.

Among their growing list of achievements, people with Down syndrome have graduated from college, become actors, models, business owners and pro-life and disability rights advocates.

However, deadly discrimination by abortion is still a huge problem. Recent reports in The Atlantic and CBS News found that nearly 100 percent of unborn babies who test positive for Down syndrome are aborted in Iceland, 95 percent in Denmark, 77 percent in France and 67 percent in the United States.

The deadly discrimination is getting worse with advances in prenatal testing. The Telegraph reports a recent article in the European Journal of Human Genetics found that the number of babies with Down syndrome born in the United Kingdom dropped 54 percent since the non-invasive prenatal screening tests became available about a decade ago.

What’s more, parents frequently report feeling pressured to abort unborn babies with Down syndrome and other disabilities. One mom recently told the BBC that she was pressured to abort her unborn daughter 15 times, including right up to the moment of her baby’s birth. Another mother from Brooklyn, New York said doctors tried to convince her to abort her unborn son for weeks before they took no for an answer.

Lately, prominent pro-abortion groups, including NARAL and Planned Parenthood, have been arguing openly that abortions are ok for any reason, including discrimination against unborn babies with Down syndrome.

“EVERY reason to have an abortion is a valid reason,” Colleen McNicholas, a Planned Parenthood abortionist, told the AP in 2019 when Missouri passed a law that bans abortions based on the unborn baby’s sex or a Down syndrome diagnosis.