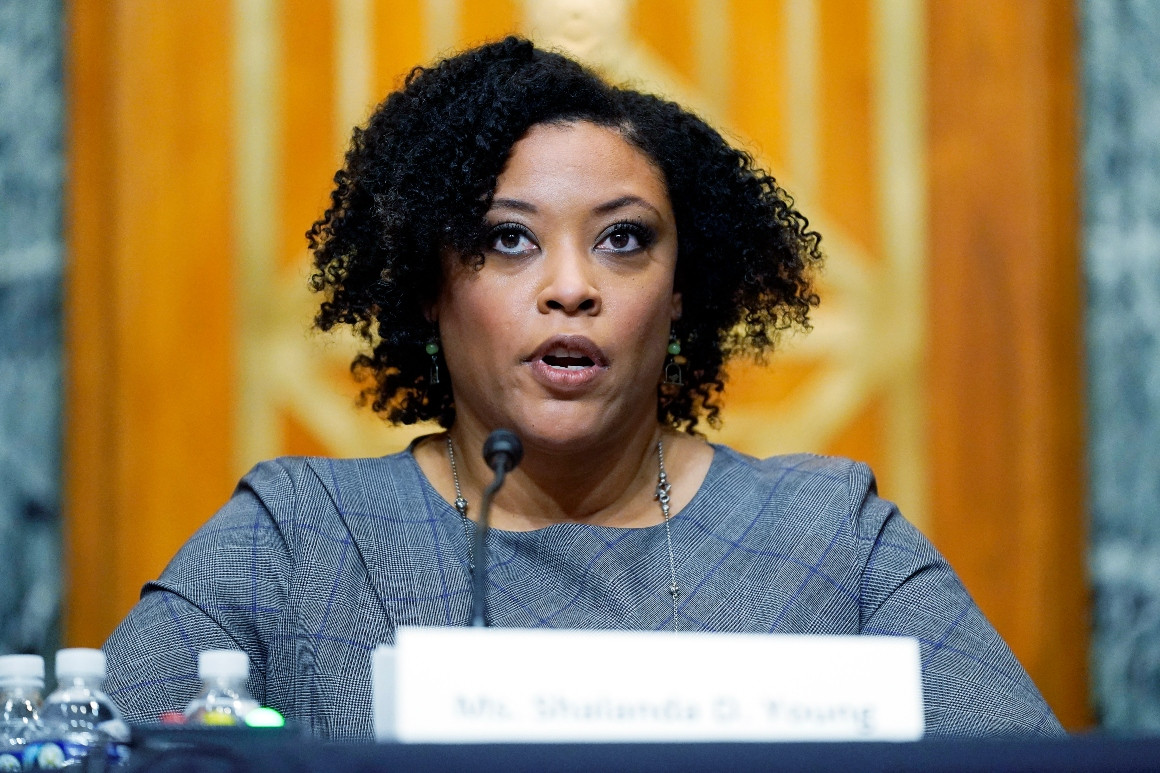 Shalanda Young, President Joe Biden’s choice to direct the U.S. Office of Management and Budget, believes the killing of unborn babies in abortions is “health care” and taxpayers should be forced to fund them.

U.S. Sen. Rob Portman, R-Ohio, said he could not vote for Young after he found out that she supports taxpayer-funded abortions.

“I had planned to support Ms. Young based on her testimony before the committee,” Portman said. “In reviewing her answers to the committee’s questions for the record, though, I’ve got to say I was really troubled by her responses, particularly her strong advocacy for eliminating the Hyde Amendment.”

Young told the committee that she, like Biden, opposes the Hyde Amendment, which prohibits taxpayer funding for most abortions in Medicaid and other federal programs.

“The president has spoken in favor of Congress ending the Hyde Amendment as part of his commitment to providing comprehensive health care for all women,” she said, the New York Post reports.

Young argued that taxpayer-funded abortions are “economic and racial justice because it most significantly impacts Medicaid recipients, who are low-income and more likely to be women of color.”

But pro-life leaders pointed to statistics that refute this claim. According to Centers for Disease Control data, the abortion rate among black Americans is three times higher than it is among white Americans.

Dannenfelser said Young is not fit for office because her views are radical and out of touch with most Americans, including the low-income women who Young claims to want to help.

“The strong majority of Americans, including millions of Democrats and Independents, oppose forcing taxpayers to fund abortion on demand,” she said. “This nominee is just the latest example of Biden and Harris catering to the radical abortion lobby that spent millions to elect them, betraying Biden’s promise to unite the country.”

The Hyde Amendment, which has been in place since 1976, prohibits taxpayer funding for most abortions in Medicaid and other federal programs. It has saved an estimated 2.4 million babies from abortions, including about 60,000 each year, according to the Charlotte Lozier Institute.

For decades, the Hyde Amendment had strong bipartisan support, and polls consistently show that most Americans still support it. But Democrat leaders – who have close ties to the billion-dollar abortion industry – recently abandoned the popular position on the issue and now are forcing taxpayers to pay for abortions.

Significantly, a 2016 Harvard/Politico poll also found that voters who make more than $75,000 were more supportive of forcing taxpayers to fund abortions (45 percent in favor), while those who make $25,000 or less were strongly against it (24 percent in favor). In other words, the people most likely to qualify for a Medicaid-covered, taxpayer-funded abortion are more likely to oppose it.