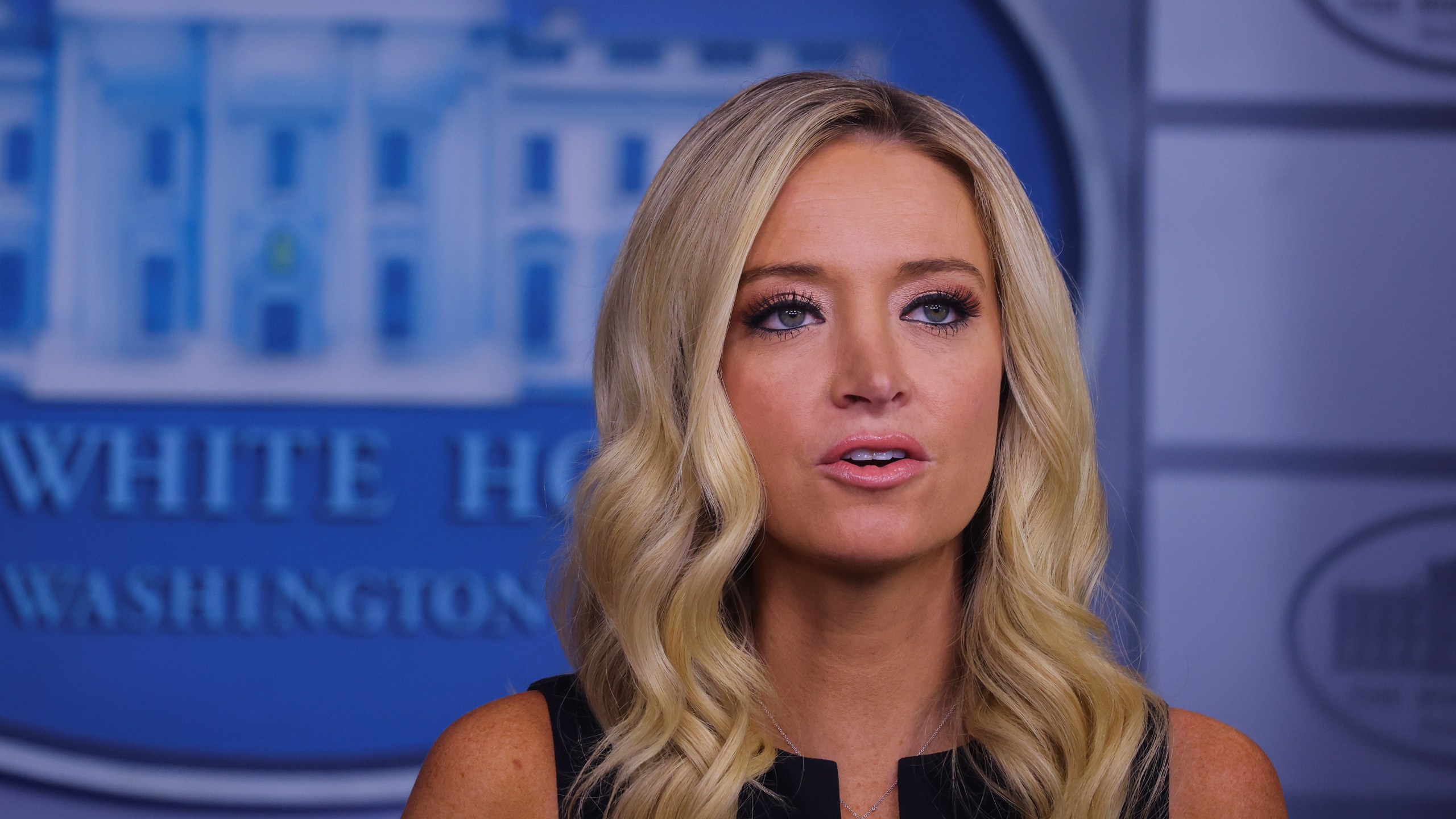 In her first interview since the end of the Trump administration, former White House Press Secretary and newly-minted Fox News contributor Kayleigh McEnany spoke Tuesday about what she viewed as a “disparate” and “unfair” treatment from liberal journalists who refused to give her “a modicum of respect,” while current Press Secretary Jen Psaki had been able to skate by relatively unscathed.

Speaking with Harris Faulkner, McEnany said that, when asked to evaluate how she was treated in the briefing room, it was “disparate, unfair in the sense of….a Democrat woman standing at that podium would never have had a Playboy reporter in the back of the room shouting at her as she left, and nor should a Democrat woman ever have to face that, and nor should a Republican woman.”

Building on having name-checked carnival barker Brian Karem, McEnany added that there should be “a modicum of respect that I think reporters and those at the podium in a political role should have for one another,” but was sullied by “reporters who were more interested in being political operatives, let’s say, than journalists.”

McEnany left viewers to conjure up which reporters she was talking about and, in contrast to many of the reporters she dealt with, she took the high road by making clear that “there are some incredible reporters who, to this day, represent the kind of journalism I think is good.”

Later, McEnany said her time as President Trump’s top spokesperson was often “very personal” as journalists and other opponents tried to “malign” her “character” with “horrible things that — charges they make against people behind the podium, me[.]”

On Psaki’s tenure, Faulkner said that she didn’t want to have McEnany give Psaki a letter grade, so she instead wondered: “[H]ow is her job different by the way she is treated than your job was and the way that you were treated?”

McEnany first made clear that she “wish[es] her all the best” and “left her a note saying that much” along with the fact that they had met once before.

That said, McEnany said Psaki briefings are “different in a big way,” recalling how, in “one of the early press briefings, and she was asked about the Antifa riots, and I believe she said that she hadn’t spoken to the President about that, and they let her move on whereas if I would have been asked that about violence on the other side of the aisle, that wouldn’t have been an answer that — that flew, nor should it have and so, I think just the standards are different.”

She added that, Americans “are so smart” and “so wise,” so “they see the difference” in contrast to the way they are now versus McEnany’s where she “gave a voice to the forgotten man and woman” by “nam[ing] names of people who — who were not acknowledged often by the press like David Dorn,” Secoriea Turner, and LeGend Taliferro.”

The interview also touched on how McEnany had wanted to give a final briefing to recap the administration’s many, many successes, but the events of (and the fallout from) January 6 inhibited that.