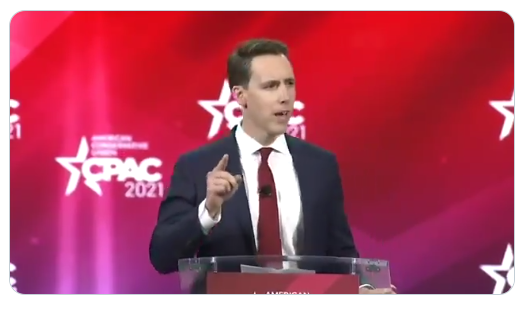 During an appearance at the conservative CPAC conference in Florida today, pro-life Senator Josh hawley railed against the dominace and influence of Big Tech and reminded attendees that our rights come from our Lord and not a massive Big Tech firm that seemingly rules the world.

He condemned the the “radical liberals” and the “largest corporations” of the world, making it clear “Our rights come from God and not Google.”

“That’s been the fight of human history,” Hawley said.

He complained that “corporations are telling people what to do; that’s the oligarchy and liberal elites” who are trying to “enforce their will” on America.