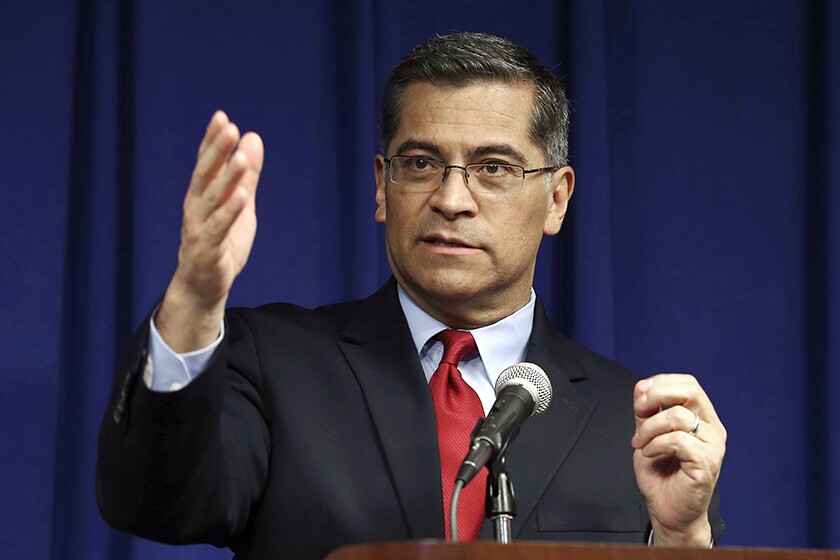 Xavier Becerra, a pro-abortion activist in line to head the influential Department of Health and Human Services, appeared before a Senate committee for a confirmation hearing today and refused to commit to not forcing Christians to fund abortions.

For years, his office has been fighting against a religious exemption from Obamacare that President Donald Trump put in place to protect the Little Sisters of the Poor, a charity of nuns that serves the poor and elderly. Despite winning at the Supreme Court in 2016 over a provision in the Affordable Care Act that would force the Catholic organization to pay for abortions, the Little Sisters of the Poor are still in court thanks to Becerra and the state of California. Becerra is suing in federal court to remove the nuns’ religious exemption.

Asked by pro-life Senator Mike Braun of Indiana about abortion funding, Becerra merely said he would support the law — even if the law forces Christians to fund abortions.

“Will you commit to not using taxpayer funds to fund abortion?” Braun asked?

The HHS nominee refused to agree and replied, “We will follow the law.”

.@SenatorBraun: Will you commit to not funding abortion and abortion providers?

Becerra: I will commit to following the law

So why as California AG did you take a $200 million cut to health services because you refused to follow the law?#StopBecerra pic.twitter.com/LymAWSsGXS

Jeanne Mancini, president of March for Life, told LifeNews.com it’s issues like this that make it so Becerra should not be confirmed.

“During his time in public office, Xavier Becerra has displayed a vindictiveness towards those who protect the unborn as well as a disregard for actual healthcare. He has a record of using his position to aggressively attack pro-life institutions and individuals, and clearly has no qualms about wielding his political power to promote taxpayer-funded abortions on demand up until birth – something with which the majority of Americans disagree. Confirming this nominee to lead the Department of Health and Human Services will only further divide America. Americans deserve a well-qualified professional with real medical experience at the helm of HHS, not a puppet for big abortion,” she said.